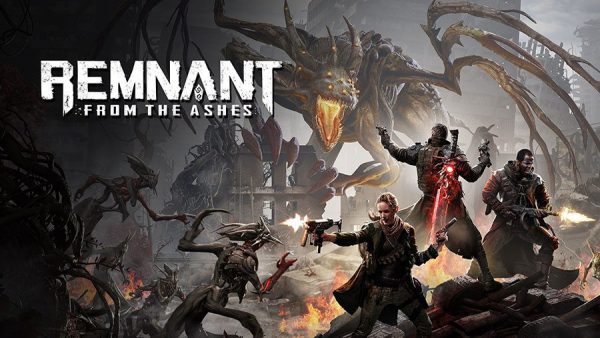 Imagine the worlds of Lordran and Yharnam being dynamically-generated that changed with each playthrough, shuffling the locations of items, enemies, and even pitting you against unexpected bosses. At its core, Remnant: From the Ashes draws inspiration from FromSoftware’s lovechild with its unique flair added to the mix. You’ll still fight your way through mobs in different areas, rest at checkpoints (respawning all the enemies in the area), find better loot, and fight bosses locked behind fog-walls.

Remnant: From the Ashes is set in a post-apocalyptic world overrun by an alien species known as the Roots. The opening sees your custom character washed ashore as a result of a massive tsunami and you’re introduced to some basic gameplay mechanics (akin to the opening of the original Dark Souls). As you try to familiarize yourself with the combat and fight your way through, you’ll eventually reach a human settlement known as Ward 13.

This is the area where you’ll spend the majority of your time when not out there exploring. You’ll be able to buy new weapons & armor, upgrade your existing gear, and meet new NPCs. If you’ve played SoulsBorne games, think of Ward 13 as equivalent to the Firelink Shrine or the Hunter’s Dream. To be able to do all this, however, requires you to have Scrap – loads of it. You’ll earn Scrap from basically everything in the game – be it killing monsters, destroying environmental objects, looting chests, and defeating bosses. 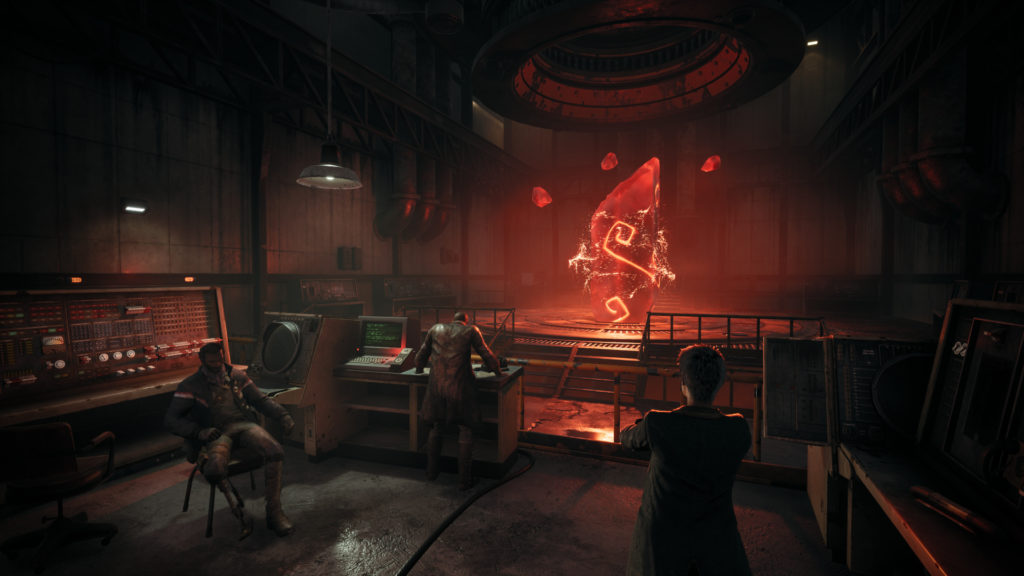 Luckily enough, unlike SoulsBorne games, you don’t lose your Scrap upon dying. Once you’ve farmed enough Scrap, travel back to Ward 13 from any of the checkpoints and do whatever you please. Apart from weapons and armor, you should pay close attention to Dragon Heart. You can think of it as Estus Flask from Dark Souls games that you can upgrade for increased healing capabilities.

It’s important that you continue to upgrade whenever you get the chance since Remnant likes to ramp up its difficulty with each area you progress through.

Speaking of progressing through the areas, there are three classes to choose from: Hunter, Scrapper, and Ex-Cultist. All of these classes play differently, have their distinct strengths, and successfully add to already immense replayability value of the game. 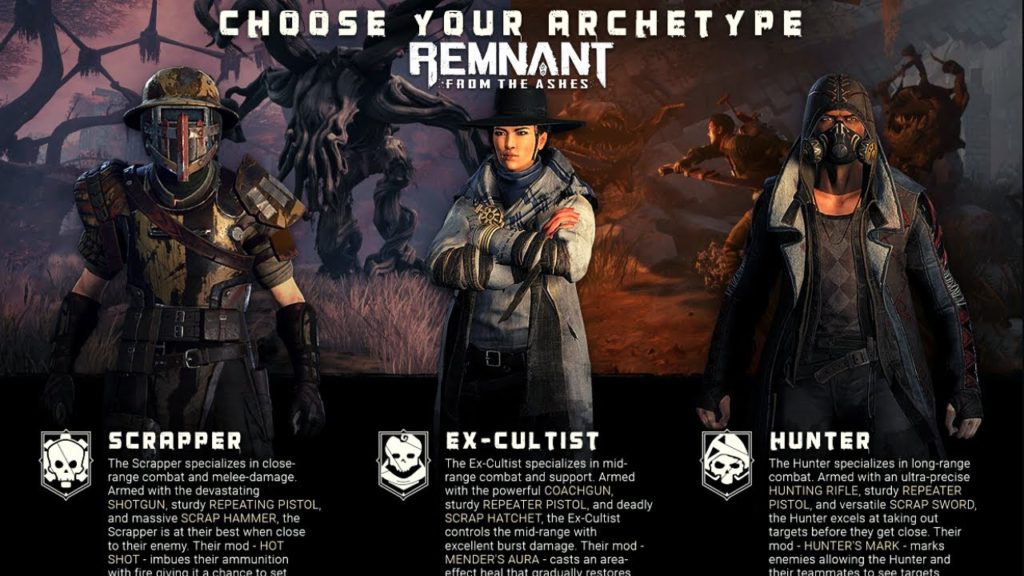 The class system, however, doesn’t force you to a limited pool of available weapons. Regardless of your initial class choice, you’re free to use any weapon you prefer. So how do distinct playstyles fit into all of this you may ask. This is where Remnant’s Trait System comes in. As you progress through the game, you continue to earn Trait Points and unlock new Traits. These can be simple ones like increased Vigor, Stamina, etc. to more beneficial such as elemental resistances, debuffs, and increased damage.

Traits in Remnant: From the Ashes play an integral role when it comes to build diversity in the game. Another thing that adds to it is the Weapon Mods. You can find them scattered throughout the world and crafted at Ward 13. There is a Weapon Mod Gauge that fills up as you continue to shoot the weapon the mod is attached to use the said mod. I particularly like the mounted Grenade Launcher that would wipe out waves of smaller mobs with a single shot. 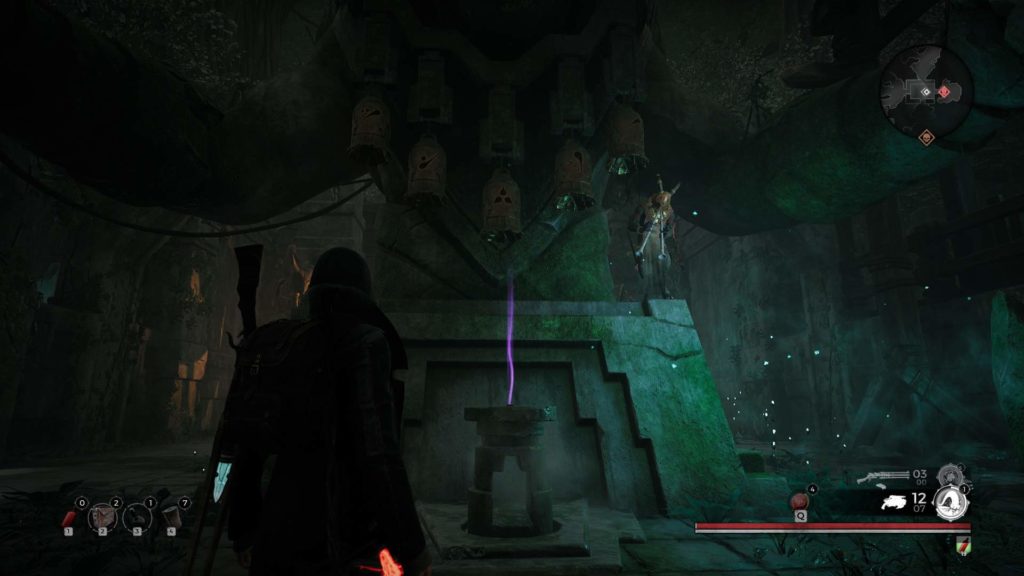 While Remnant’s story isn’t its strongest suit, it’s serviceable and is told through cutscenes and dialogues as opposed to making you sit through reading item descriptions in SoulsBorne games though items in Remnant do have small tooltips attached to them. Each area and enemy looks unique and you’ll hardly find yourself at ease, especially during multiple playthroughs.

Speaking of enemies and bosses, Remnant: From the Ashes encourages exploration and replayability over everything else. It’s impossible for a player to experience everything in a single playthrough which is where the concept of rerolling the world state kicks in. The bosses also have a large variety and are more than colossus creatures trying to put you down. Once again, similar to Souls-esque games, the difficulty curve of the bosses ramps up in a jolly co-op session. 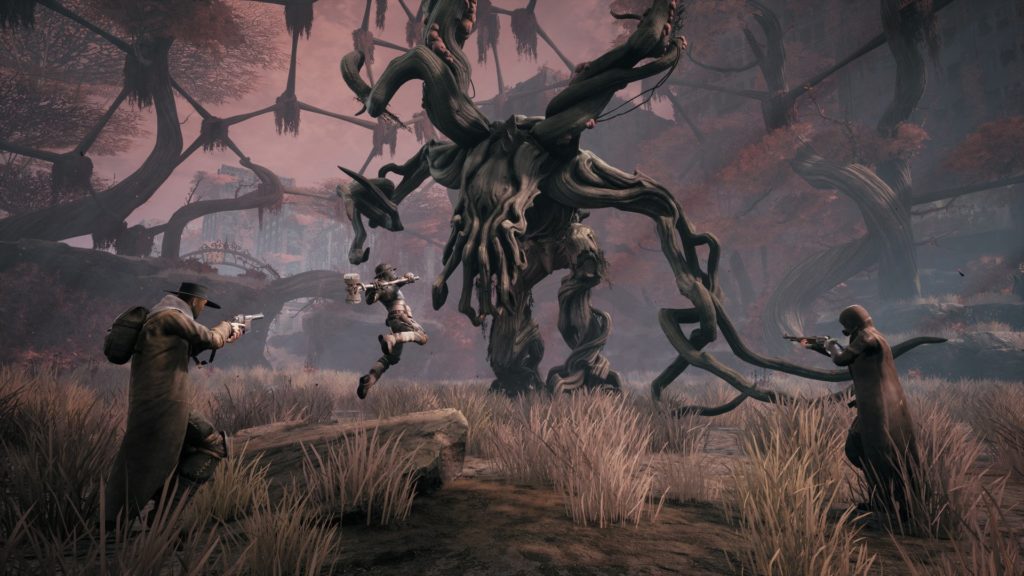 With all that said, Remnant does have a couple of pesky issues that you should know about. There are some reports of lost saved progress and matchmaking issues on Xbox One. A few players on forums have also talked about a game-breaking bug near the final boss so make sure to keep this mind.

All in all, featuring incredible boss design, enemies that push you to your limit, environments that complement all of this, and a narrative that doesn’t force you to sit through reading item descriptions for hours, Remnant: From the Ashes is checks all the right boxes when it comes to Souls-inspired game.

If you are interested in learning more about the game then you can check out our Remnant: From the Ashes Subject 2923 DLC review.