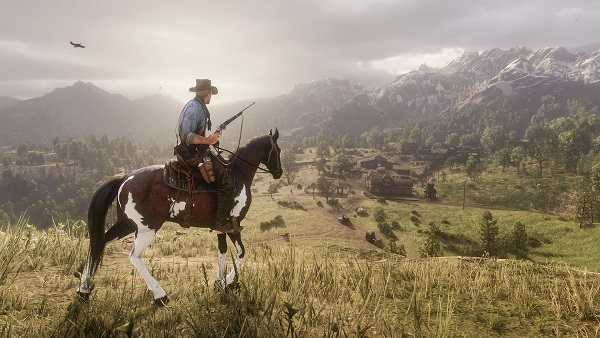 Update: Rockstar Games was finally able to get ACB classification for RDR 2 PC. The game might soon be announced for PC.

Red Dead Redemption 2 PC is spotted yet again. If you dig around the Australian Rating Board website you’ll see that Rockstar Games filed for classification on August 20th. The Classification is denied for unknown reasons but presumably, this isn’t the first time the game got denied in Australia.

If we look at how Rockstar Games operates, it isn’t hard to figure out that this filing is for a new platform. With the release of Grand Theft Auto 5, each platform had its own separate classification filed by Rockstar.

Red Dead Redemption 2 is already classified on PS4 and Xbox One. The only platforms that are left are PC and Nintendo Switch. And for each of those platforms, Rockstar and Take-Two would file separate classifications. Of course, PC is more likely to get RDR2 than Nintendo Switch due to hardware constraints on Nintendo’s platform. 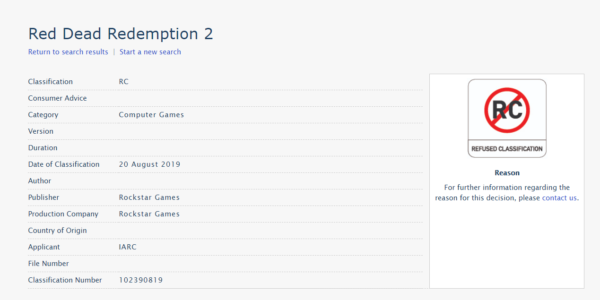 At this point, we should probably stop playing this game and admit this is happening. There is no way Rockstar and Take-Two are going to miss the opportunity to cash-in on RDR 2 and Red Dead Online on PC. This is a huge market for Take-Two Interactive.

This is just one instance where the game came up, there are many others and all point to one conclusion, Rockstar is working on the PC version of Red Dead Redemption 2.

Why Red Dead Redemption 2 Got Denied By Australian Classification Board?

There are multiple reasons why games, films, don’t get classified in Australia. Here’s a rundown of possible reasons why Red Dead Redemption 2 failed to get the rating.

If we look at the reasons why ACB denies classifications, it isn’t hard to figure out the reason why RDR2 is denied. It has incest, sexual depictions, impact violence, etc. However, any of that shouldn’t be an issue at this point because the title is already classified on Xbox One and PS4; so it is odd to see Red Dead Redemption 2 PC not approved by Australian Classification Board.