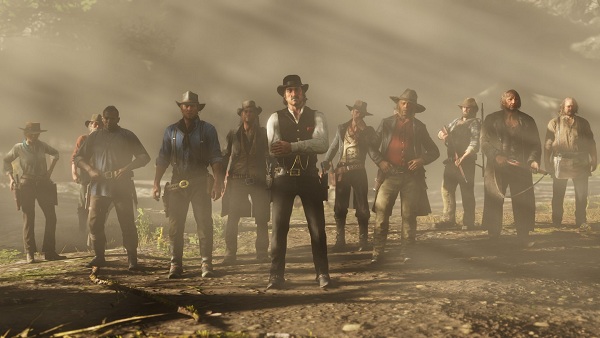 Loansharking in Red Dead Redemption 2 is basically people who need to pay debt to you. These people have taken money from Dutch’s gang and now you have to give them a visit and make them pay. Like literally pay in cash. This Red Dead Redemption 2 Loanshark Locations Guide will include all the details on loansharking in RDR2 to help you complete “Money Lending and Other Sins” quest.

You have to talk to Leopold Strauss and he will tell you to encourage the debtors to pay. He will give you missions and you will have to go to some locations to find the people.

1. Mr. Wróbel
Mr. Wróbel can be located at West of der Lande’s Camp. You will go and talk to Mr. Wróbel about the debt in Chapter 2 in “Money Lending and Other Sins – I & II”. Mr. Wróbel can be found inside of a small house in the location mentioned above. Talk to him and then loot his entire house and the debt will be settled.

When you will confront Chick he will not be super pleased and will try to run away from you. What you can do is chase him down and then take the money from him.

If he is too fast for you and you think you can’t catch him then the only option left is to kill him. It will make you lose your honor a bit but you will get the job done. Loot his body afterwards for the money.

3. Lilly Millet
Lilly Millet can be located in Saint Denis about the north edge of Emerald Ranch. Lilly Millet will appear in Chapter 2 in “Money Lending and Other Sins – I & II”.

Lilly Millet can be found sitting on a bench by her house. When you try to confront her about the debt Cooper will intervene and you will have to knock him down. After that, just loot of for the money and the debt will be collected.

When you see Thomas, go ahead and confront him. You can beat him and threaten him until he gives you the money he owes. After some time, he will give in and you can get the money and the debt will be collected.

You can find Gwyn in a house near the blacksmith. Approach him and confront him and he will eventually give you the money and the debt will be collected.

Winston can be found inside the camp he set up. You will have to follow him until he gets attacks and dies. Loot his body for the money and the debt will be collected. Kill the cougar outside afterward.

7. Algie Davison
Algie Davison can be found to the south of the Braithwaite Manor. Algie will appear in Chapter 4 in “Money Lending and Other Sins – V”.

You can find Algie drinking water at the water bank. Talk to him about the money that he owes. Knock him out if he tries to give you a box or if his son tries to pour you a drink. After knocking him out, you can search the house for valuables items once that is for the debt will be collected.

Find him and talk to him about the debt some people will try to intervene and you will have to take them out.

After that, you will have a choice whether to take the money or not. If you do the debt will be collected.

Getting to him is a little tricky well not getting to him exactly. Go to the entrance of the Annesburg’s mine and talk to the guard. After that, go and enter the pit. After talking to another person there head to the small cabin in a distance.

You will find Arthur’s widow and after doing whatever you want the loan shark missions will be over. Head back to Strauss afterward.

This is all we’ve got in our Red Dead Redemption 2 Loanshark Locations Guide to help you complete Money Lending and Other Sins. For more help on RDR2, check out our Money Farming Guide, Bounties Guide, and Stagecoach Robberies Guide.