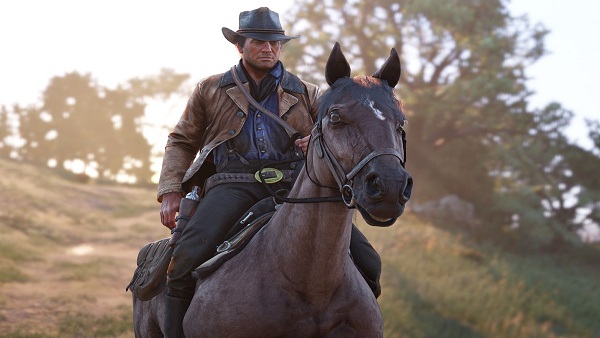 Farming money in Red Dead Online is the important because earning money can be way harder in online than singleplayer. You cannot just rely on getting money off looting enemy dead bodies and other lowly means. This Red Dead Redemption 2 Online Money Farming Guide will include all the tips and details on how to farm money in RDR2 Online through many different ways.

The first general tip here is that you are not playing singleplayer. You can’t have a luxurious life on the go. Don’t buy useless items even potions and tonics that are not needed unless you need them for missions.

Wasting money can make you hit the streets faster than you can imagine. Forget about “cool” clothing and all that – you don’t have money to spend on such things early on.

Earning money is hard and if you waste it on useless items you are going to regret it. Buying new and much beautiful horses can wait for now just use one to move around and do stuff. Avoid fast travelling even though it takes a small fee but constantly doing it can be a pain.

There are a few ways of earning money in RDR2 easily. The ways are listed below:

1. Play Story Missions
One of the easiest ways to farm money in Red Dead Online is through Story Missions. Story Missions might seem tough but the rewards are good. The mission “Kill Them, Each and Every One” requires you to clear a fort along with its leader.

The mission is hard and every time you die a small amount of money gets deducted from the total count. By the end of the mission you might get up to $250.

You can use your money on weapons that might last long so that you don’t have to buy weapons a lot. After that you can do other Story Missions to earn more money and use it on useful things which might be useful in long-term.

2. Treasure Hunting
The concept here is quite same as in singleplayer. You will have to collect Treasure Maps which can be found anywhere around the map. You can also get them by ranking up in the RDR2’s Online Mode.

You can track the treasure to the marked location and have a chance at getting a lot of money.

Another thing like Treasure Maps is Bounty Hunting. It’s not like it but still you can get good rewards if you take bounties on notice boards, outside sheriff’s office, and complete them.

3. Hunting and Fishing
Hunting is one of the activities which can be done while roaming and it won’t take much time. But if you have played singleplayer you should know that simply taking guns to the hunting isn’t effective.

Because animals with a bullet in their head sell in cheaper price than a clean killed one. Therefore, if you really are into hunting and making money out of it then you will have to buy some things first.

You need to buy arrows for your bow and a rifle like Bolt-Action Rifle is affective against some animals. Deer and Bison meet will go for a good price in stores so look out for those.

Fishing is also a part of hunting and you can make a few bucks easily. Just buy some bait that will attract fishes that will sell for high prices. If you are lucky and get like a Steelhead Trout you can sell it for $4.25.

One exploit is to hunt down a lot of animals and sell them and then you can change server and hunt down some more. This exploit is hard to do and we don’t even know whether it is available or not still it will get you good money.

These are some of the ways using which you can farm money and gold in Red Dead Online. For more help on Red Dead Redemption 2 Online, check out our Fast Traveling Guide, Bounty Kits Guide, and Horse Racing Guide.