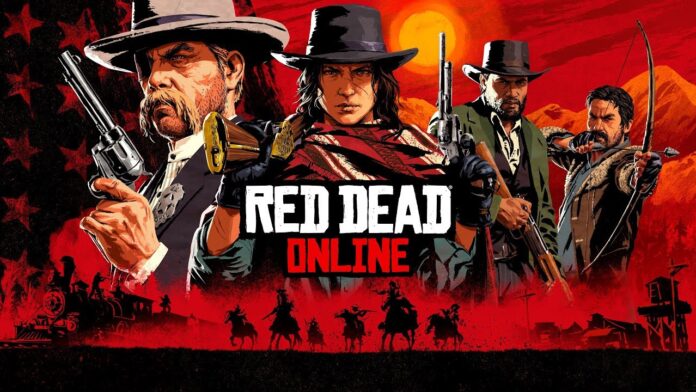 Red Dead Online PC is facing errors and issues like Game Exited Unexpectedly, crash at launch, Error 0x21002001, random crashes, low audio, stuttering, and more. Here I have compiled a list of errors and issues that PC players are experiencing with RDR Online along with their fixes and workarounds.

Rockstar Games has launched Red Dead Online as a standalone game. Meaning, players can enjoy the multiplayer-only mode for the game without having to download the full Red Dead Redemption. However, PC players are reporting errors and issues with Red Dead Online like Game Exited Unexpectedly, crash at launch, Error 0x21002001, low audio, and more.

The following are the errors and issues that PC players are experiencing with RDR Online along with their fixes and workarounds.

According to PC players, Red Dead Online crashes randomly while playing. For some, the game just crashes to the desktop while some are reporting “Game Exited Unexpectedly” error pops up when RDR2 crashes. Here is how to fix the Red Dead Online in-game crash issue.

If you are playing RDR2 on a 4 Core/4 Thread CPU, then the CPU might be causing the game to crash. Red Dead Redemption 2 needs at least a 6 Core CPU to run properly. There might be a workaround for that. Open Nvidia Control Panel > Manage 3D Settings > Program Settings > select Red Dead Redemption 2. Set Low Latency Mode to “Ultra” and hit apply. This will stop the game from crashing.

In case the game is still crashing, your GPU might be the reason behind it. Either the GPU is overclocked or is old. If the GPU is overclocked, then revert it back to is default GPU clock even if it’s factory overclocked. If your GPU is old, then use MSI Afterburner to reduce the GPU clock by 100 Mhz. In case, you don’t want to mess with the GPU clock, then lock the game’s Max FPS. Open Nvidia Control Panel > Manage 3D Settings > Program Settings > select Red Dead Redemption 2. Turn on Max FPS Limit and set the value to 30. This will lock the game to 30 FPS and will reduce CPU and GPU load. Now the game won’t crash anymore while playing.

One reason for the Error 0x21002001 could be the firewall blocking the game. Make sure to set up an Exception Rule for Red Dead Online in your Firewall. This will fix the error.

In case the Error 0x21002001 is still occurring then port forwarding is your next step. Check this link to see how to port forward. The following are the ports you need to open.

If the above fixes have failed to fix the error, then delete your local profile. Go to Settings > Account Information > Delete Local Profile and log in again to fix the error. Other fixes for Error 0x21002001 include using a wired connection or using a VPN.

Players are reporting that they are getting low audio in Red Dead Online while the audio is working fine in other games and applications. This is due to the Windows volume mixer. For some reason, the volume mixer sets the audio level for RDR2 very low. Start the game and open the Volume mixer to raise the volume. This will fix the low audio issue with the game.

According to PC players, Red Dead Online is crashing at startup or not launching at all. Here is how to fix the RDR2 crash at launch issue.

One reason for the game to not launch could be the lack of admin rights. Right-click the game’s exe > Properties > Compatibility tab > check “Run this program as administrator” and hit apply. Launch RDR Online and it won’t crash at startup.

Your anti-virus/Windows Security might be blocking important game files and causing Red Dead Online to crash. Either disable the real-time protection or exclude the RDR Online’s install folder from it. After that, verify game files and the issue will be fixed.

In case the game is still crashing, right-click RDR Online in Steam library > Properties > Local Files tab > click Browse Local Files. Launch the game directly from the exe. The game should launch without any issue. However, chances are you’ll get an error similar to “vcruntime140_1.dll or MSVCP140.dll Was Not Found”. This can be fixed by installing the latest Microsoft Visual C++ Redistributables both x64 and x86 versions. Launch Red Dead Online and it won’t crash at startup.

How To Boost Performance, Stuttering Fix

Performance is a common issue in PC video games and RDR Online is specifically a demanding game. Players are reporting low FPS and stuttering while playing RDR Online and here is how to fix it.

First, make sure you have installed the latest GPU drivers and do a clean installation. Open Task Manager to see if there is any process using too much CPU, GPU, or HDD.

CUDA GPUs – “All”
Low Latency Mode – Ultra.
Set Power Management to “Prefer Maximum Performance”
Shader Cache – “On” only if you are using an HDD. Don’t need to enable it for an SSD.
Set Texture filtering – Quality to “High Performance”
Triple Buffering – “Off”
Set Vertical Sync to “On”

That is all for our Red Dead Online fixes for errors and issues for Game Exited Unexpectedly, in-game crash, Error 0x21002001, game crashing at launch, and more. If you are facing errors and issues with other PC games or your PC then also see our hub for commonly occurring PC errors and their fixes.