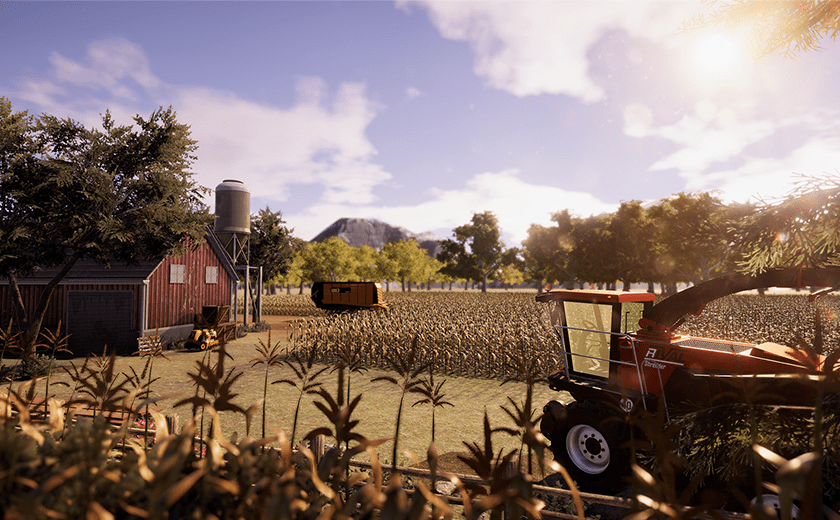 A Gold Edition of Real Farm is coming to PlayStation 4, Xbox One and Steam. The edition enriches the game with improvements that will enhance the gaming experience for virtual farmers. Real Farm Gold Edition comes with all previously released DLCs, various quality of life improvements, optimized gameplay and polished game mechanics. SOEDESCO announced that owners of the base game on any platform will automatically get the Gold Edition. Owners of Real Farm on Steam can already try the Beta version.

Beta Version
With the Beta of Real Farm – Gold Edition, players who already own the game on Steam can re-discover the countryside as they build a striving farm. The Beta version has both the Potato pack and Grünes Tal map DLCs rolled into the base game. It also comes with several polished game mechanics and improved visuals.

During its Beta period, SOEDESCO will gather feedback from the community to find overall improvement points. The final version of Real Farm – Gold Edition will also include a completely new AI system for both vehicles and pedestrians, improved graphics and frame rates, and a UI/UX overhaul for the game map, shops and tutorial.

About The Game
Pull on your boots, fire up your tractor, and start your ‘Real Farm’. Go from farmhand to agricultural A-list in Career mode, or cultivate the role of an established farmer in free mode. With two maps, you get to explore the American -and West European countryside. Acquire land, manage staff, crops and animals, and drive powerful farm vehicles while you grow your reputation as you go.

Other games from SOEDESCO include Adams Venture: Origins and Dog Duty. Let us know what you think about Real Farm Gold Edition coming to PlayStation 4, Xbox One and Steam and whether or not you are interested in checking it out.