Home Tweaks and Fixes Ready Or Not Crash Fix, Game Shutting Down PC, Not Enough VRAM,... 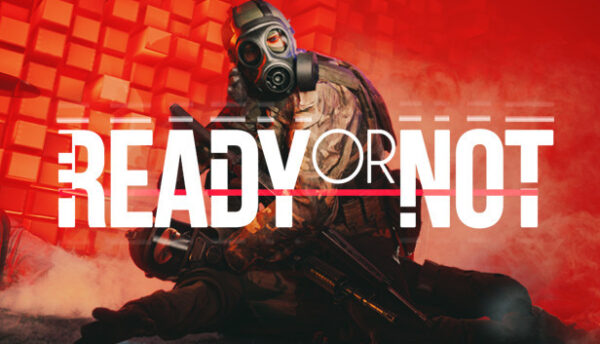 Ready or Not is a tactical FPS that has resonated with gamers the moment it launched as part of Steam Early Access. Given that the game is in Early Access, at the time of writing, there are bound to be issues with the game. Ready or Not PC players are reporting errors and issues like game not starting, in-game crash, now enough VRAM, and more. Here I have compiled a list of errors that PC players are experiencing along with their fixes and workarounds.

Ready or Not Crash, Low VRAM, And Fixes

As I mentioned above, Ready or Not is a tactical FPS. Players take control of a Swat unit and defuse hostile situations. PC players are reporting that they are experiencing errors and issues with Ready or Not like game not starting, in-game crash, now enough VRAM, and more. The following are the errors that PC players are experiencing along with their fixes and workarounds.

PC players are reporting that playing Ready or Not causes their PC to turn off and here is how to fix it. Players have reported that the following workarounds have fixed the issue for them. If you are using DLSS, then set it to “Balanced” and playing the game with DirectX 12 fixes the problem. However, the game’s system requirements suggest that it only uses DX 11. Right-click Ready or Not in Steam > Properties > type dx12 under Launch Options and press OK. Launch Ready or Not and it won’t crash to shut down your PC.

Ready or Not pc players are reporting that the game is crashing while playing and here is how to fix it. Using third-party software like MSI Afterburner, Discord, RGB software, or any tool that might interfere with the game, can cause it to crash. Disable any third-party software you have installed and also disable in-game overlays like Steam in-game overlay and GeForce Experience overlay to fix the Ready or Not in-game crash.

Ready or Not PC players are reporting that they are experiencing an error telling them that they don’t have enough video memory. This could be happening if your PC or laptop has both integrated GPU a dedicated one. The game is probably not switching to the dedicated Nvidia or AMD GPU and causing the “Not enough VRAM” error. To fix the error, players need to make sure Ready or Not is running on the dedicated GPU.

Ready or Not PC players are reporting that the game is crashing at launch or not starting at all. There are multiple reasons behind the Ready or Not crash at launch issue and here is how to fix it. Before we start with the fixes, make sure you are using a 64-Bit Windows 7, 8.1, 10 operating system. The game doesn’t support 32-bit OS And won’t work.

Your anti-virus software has probably blocked the game’s executable and is causing the crash. Players can either disable real-time protection or exclude the game folder from the anti-virus, I recommend the latter. After that, verify game files, launch Ready or Not, and it won’t crash at startup.

That is all for our Ready or Not PC fixes for errors and issues like in-game crash, the game turning off PC, out of video memory, crash at startup, and more. If you are facing errors and issues with other PC games or your PC then also see our hub for commonly occurring PC errors and their fixes.