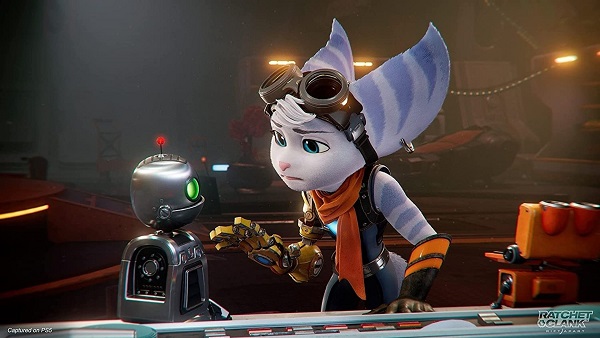 There are 12 Lorb that can be found on Savali. Finding the first 3 will mark the remaining 9 on the map. To begin the hunt for them, speak with Monk Scholar near Ms. Zukron near the center of the planet. In this guide, we’ve shared the locations of all the Lorb that can be found in Ratchet & Clank: Rift Apart to complete the Hunt for Lombax Lore optional quest on Savali.

Collecting the first 3 Lorb in the game rewards the “Might’ve Broken Something” trophy. For those who’re struggling to get them all, this guide have all the locations. Below, we’ve shared the locations of all the Lorb that can be found on Savali in Ratchet & Clank: Rift Apart.

Lorb #1
There is a dome shield near the west side of Savali. The first Lorb is inside the shield. To bring it down, continue to follow the wires attached to it and use the Hoverboots to step on three plates. Once the shield is depleted, head to the area to grab the collectible.

Lorb #2
One can be found at the center of the map where Ms. Zukron is located – it should be out in the open.

Lorb #3
This one is located on top of a floating platform at the northwest edge of Savali. Grab onto the platform and step on the plate to bring down the shield. Once done, collect the Lorb.

Lorb #4
There is a cave on the northeast edge of Savali. Defeat all the Sandsharks inside the cave before collecting the Lorb.

Lorb #5
A lot of Nefarious Troopers can be found defending this one at the western edge of the planet.

Lorb #6
There is a platform located near Ms. Zurkon that can be reached with the help of a ramp. It isn’t difficult to access with the Hoverboots.

Lorb #7
This one is guarded by some enemies including Sandsharks near the eastern edge of the planet.

Lorb #8
Continue to shoot the red lights on the pillars to get it. These pillars are located at the southeast edge of Savali.

Lorb #9
For this one, activate all the pads while wall-running near the Mountain Temple – not tough at all!

Lorb #10
This one is also located near the southeastern edge of the planet – on the lower section of the area. Defeat all the enemies near the red grassy area to get it.

Lorb #11
For this one, head over to the southeast edge of Savali. Once near the mountain, grapple onto the rift portal and bounce off the mushroom to another portal. It should be at the top of the mountain.

Lorb #12
The last one is located at the southernmost edge of the map. To get it, cross the bridge to get under an arch followed by grappling onto the dimensional rifts. It should be at the end of the area.

Once all 12 Lorb have been found, return to Monk Scholar near Ms. Zukron and grab the Wasteland Armor for completing the quest.