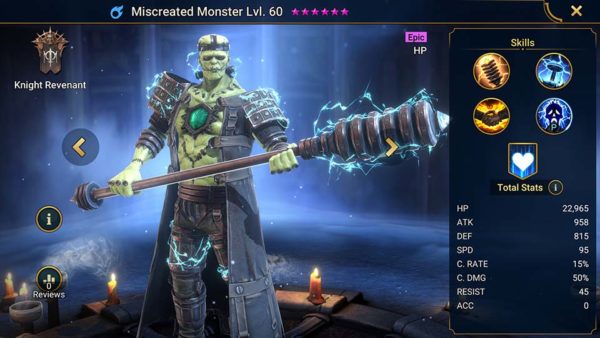 Raid Shadow Legends is one of the most popular fantasy role-playing games right now. It is a game where you can collect hundreds of heroes, create your own powerful teams, and take them to battle against some of the most formidable foes in the universe. There is a multitude of campaign levels and dungeons for the players to complete.

In this section of the guide, we will discuss tips, cheats, and workarounds that will help you do better in the game. Keep in mind that there are no real shortcuts in Raid Shadow Legends but there are ways you can make the most out of each session you enter.

Once you enter the game and complete the tutorial, hit the Quests button and enter the Achievements section. Focus on completing all of the achievements in Raid Shadow Legends. Rest assured they fairly easy to complete, there is nothing that takes too long to finish. Each achievement will give you a one-off reward that helps you progress the game.

Since this is a mobile game and they are not charging money upfront, free game; there are roadblocks in your way that force you to spend money. However, if you do not want to spend money the game makes life slightly harder for you as a player. Thankfully, there is a workaround for this, all you need to do is focus on daily, weekly, and monthly quests.  These quests help you get the valuable gems and shards that you need to progress in the game.

In order to summon new heroes, you need shards and unlike other games of similar nature, you do not get your hands on more heroes by summoning in bulk. There is no point in hanging onto shards so summon immediately to get new heroes for your roster.

How to Get More Gems

Gems are an important part of your Raid Shadow Legends progress but if you are a free player, they are hard to come by. The best way to get more gems are to save up your gems and buy the gem mine from the shop. The gem mine costs 500 gems and it will take a while before you can get your hands on the item. However, the effort is worth it as you will end up getting far more gems for your efforts after you acquire gem mine. You can upgrade it and get even more gems in Raid Shadow Legends.

How to Beat Enemies

One of the main things you need to keep track of is the upgrading of your items, armor, weapons, heroes. Make sure you upgrade all of your equipment to +8. Items you want to use long terms are the only ones that should go up to +16 on the upgraded scale.

Tomes are hard to come by so don’t waste them on useless heroes of common or uncommon rarity. You can only get tomes as a log-in reward, progression reward, and by completing challenges.

There are multiple ways to make your favorite champion stronger in Raid Shadow Legends. You can raise the level by equipping artifacts, upgrade artifacts, and their rank. A great way is to consider repeating stages with the champion in the team to farm XP and artifacts. Keep in mind that artifacts that are of no use to you can always be sold for silver. Check out the dungeon mode to farm resources such as scrolls, potions, shards, and artifacts.

Deals of the Market

Head to the market to see what deals are available to you. There is always a chance of getting high-grade artifacts for cheap, items that are hard to get because of their rarity.