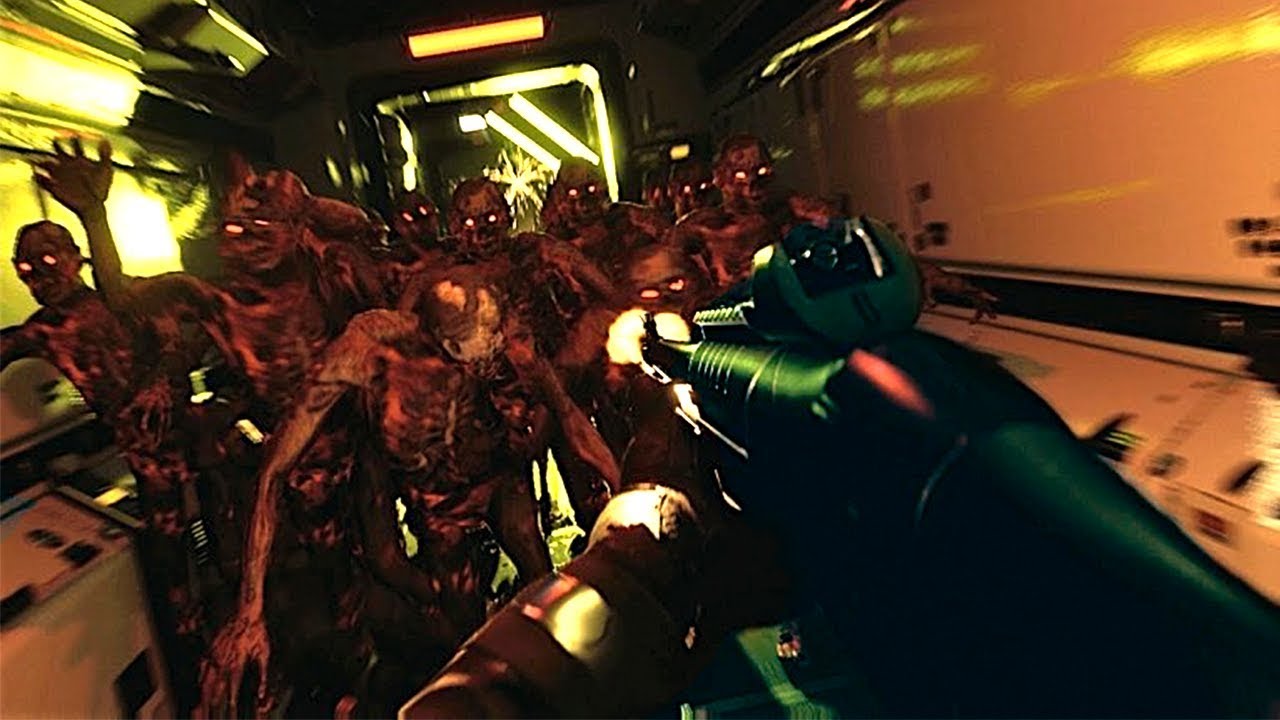 Quantum Error is not only coming to PS4 but PS5 as well. The developers talked about the performance of the game and mentioned that the PS5 version will be higher resolution and should be able to hit 4K 60 FPS.

The PS4 version of Quantum Error will be limited to 1080p 60 FPS. The game can be best described as a blend of Doom and Control. President of TeamKill Media Micah Jones had the following to say regarding Quantum Error on PS5:

Our goal for Quantum Error is 60fps even on the PS4, and with the specs of the PS5 we believe it is achievable with pushing it to hit 4K with that framerate,

Jones also talked about other aspects of the game. He talked about the journey that players are going to experiences s well as the enemies that they will encounter in the game. The following is what he had to say regarding the matter:

The journey will reveal nefarious plans to transcend dimensions and communicate with mysterious beings that dwell deep in the cosmos. As far as what people may refer to as zombies are not true zombies. We have one set that are people neurally controlled against their will, like a hive mind, similar to a queen bee and worker bees. Another set, like seen in our teaser, are actually humans who have been digested by a large entity,

Jones did not reveal much about what Quantum Error is going to be like on PS5 but he did touch on Ray Tracing. The following is what he had to say regarding the feature:

Ray tracing is very exciting because it allows our artistic creativity and skill to be amplified at a completely different level with lighting. It gives the ability to create
realistic lighting and shadows in ways that were previously only available in film.

Jones called Mark Cerny a genius and talked about 3D audio for a horror shooter game. The following is what he had to say regarding the matter:

Oh yeah! The fact of being able to make audio that is like real life – sounds reverberated in enclosed areas, sound coming from behind walls, below floors, above ceilings – is going to be such an immersive experience.

Jones went on to talk about the release of the game and how he wants the game to be a PS5 launch title. The following is what he had to say regarding the matter:

We fully expect we can achieve an early PS5 launch. However, we dream and pray we could release as a PS5 launch title, and believe if you set your mind to something and work hard you can achieve anything. Our focus is on PS5 first and then to optimise for PS4. We are open to a timed exclusive or full exclusive

Let us know what you think about Quantum Error and whether you are going to play it on PS4 or the PS5 when the game comes out.