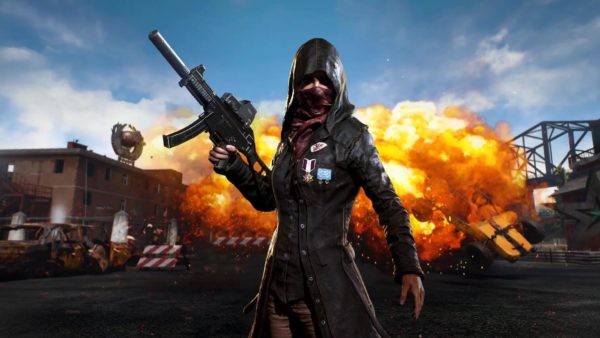 PUBG PC version is facing errors and issues like the crash at launch, Missing d3d9.dll, Error In Essential DLL Files, and more.

Here I have compiled a list of errors and issues with the game along with their fixes and workarounds.

PlayerUnknown’s Battlegrounds is the game that popularized the battle royale genre. Despite being out of early access the PC version of PUBG is facing errors and issues like Crash at launch, stuttering, missing .dll files, and more.

According to players, PUBG is crashing randomly while playing. There are multiple reasons behind the PUBG crash and here are the fixes.

One reason for the game to crash while playing could be the use of third-party tools and software like MSI Afterburner. Disable any third-party tools you using and also disable Steam overlay and GeForce Experience overlay. This will fix the PUBG in-game crash issue.

In case the GPU overclock is not the issue or you don’t want to mess with the GPU Clocks, then players can try limiting the Max FPS. Doing this will reduce the GPU and CPU load and will stop the game from crashing.

PUBG players are experiencing the “msvcp140.dll is missing” error when they launch the game and are unable to play it. This can be easily fixed by installing the latest Microsoft Visual C++ Redistributables both x86 and x64 versions. Alternatively, players can download the missing file manually from the internet and place it in the game’s folder.

This is an error which is probabaly being caused by a corrupt Windows update for players. To fix this PUBG error all you have to do is delete the corrupt update and the issue will be resolved.

The system will then clean up the corrupt update. Again check for updates and download the latest Windows update. After the update, start PlayerUnknown’s Battlegrounds and “Error In Essential DLL Files” should be resolved.

If this doesn’t work for you then go to C drive > Windows folder > Softwaredistribution > open Download and delete everything in the folder. Now go to Windows Update Settings > Advanced options > Choose how updates are installed > set Notify to schedule restart. This should resolve the problem.

First, try to update your OS. Given that PUBG is frequently updated it requires the latest OS build to run properly. This will fix the PUBG not starting issue.

Another reason for PUBG to crash at launch could be the lack of administrative rights. Right-click on the game’s exe > Properties > Compatibility tab > check “run this program as administrator”. Apply the changes and start the game and it should be running fine.

This is another PUBG error that PC players are experiencing. Unfortunately, there is no fix for this error. The reason why you are getting this error is that your GPU is very old that doesn’t support DirectX 11. Upgrade your GPU to be able to play the game.

According to PUBG players, they are unable to play the game as they get the “[25] Battleye: Client Not Responding” error and here is how to fix it. The fix for this error is simple, players need to install the latest Microsoft Visual C++ Redistributables both x86 and x64 versions.

Performance has always been one of the main issues for a lot of PC games and PlayerUnknown’s Battlegrounds is no exception. Given that it’s a multiplayer game, having at least a steady 60 FPS is very important. But, players are reporting low FPS, stuttering, and general performance issues with PUBG.

Here are a few things that will help you with the game’s performance and eliminate stuttering. First, make sure you are using the latest GPU driver and there is no background process that is using too much o your HDD or CPU.

Settings vertical sync to Fast simulates G.sync as it allows the GPU to render as many frames it can without screen tearing but only displays FPS supported by your display. Meaning even if the game is being rendered at 90 FPS, it only displays 60 FPS on a 60 Hz display but it’ll eliminate stuttering.

The second reason for this PUBG error to pop up could be that the aforementioned .dll file is either corrupted or just missing.

Update your DirectX library by downloading the latest DirectX or you can manually download the file from the internet and place it in the game’s folder. However, I won’t recommend the latter as it can potentially put your system at risk.

That is all for our PUBG fixes for errors and issues like the crash at launch, missing .dll files, and more. If you are facing errors and issues with other PC games or your PC then also see our hub for commonly occurring PC errors and their fixes.