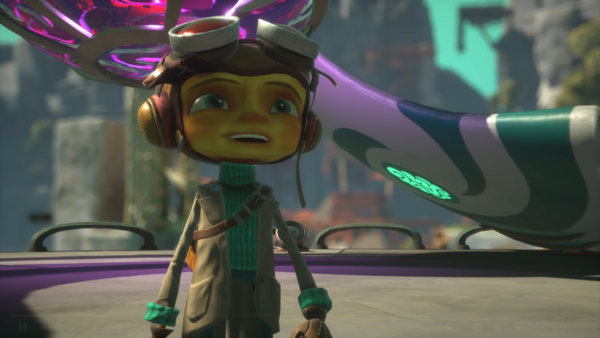 Psychonauts 2 developer Double Fine announced a delayed 2020 release window earlier this year. The news wasn’t the first time the developers have delayed the long-awaited game. The reasoning behind multiple delays is the fact that the developers need more time to create a better experience for the players. Fair enough, right?

But after multiple delays, the release window for the title is close enough to the next-generation consoles. So of course, there is a strong possibility of a cross-gen release especially seeing how the latest job listing strongly hints at it.

RespawnFirst was able to discover a new job listing from Double Fine which mentions the creator working with “next-gen” technology. The job listing suggests that the core mechanics will all remain the exact same on the PS4, Xbox One, PC, Xbox Series X, and PlayStation 5. However, fans will notice a major difference in visual effects, obviously.

The primary job responsibilities are to create spectacular visual effects for Psychonauts 2’s stylized look using Unreal. We are looking for someone to create state of the art VFX with current and next-gen technology and to work closely with other disciplines including audio, gameplay, graphics, and production to bring our games to life.

Oddly the job requires a two-year working experience on a published “next-gen” game. But since those consoles aren’t out yet Double Fine will settle for a published game on PS4 and Xbox One.

The role requires a minimum of 2 years of video game experience, and at least one published game on a modern platform (next gen/last gen/PC). Additional key success factors for this role include the ability to work well with others, and a passion for adding the extra polish that truly sets a game apart.

The job listing calls PS4 and Xbox One “last-gen” which suggests Double Fine has already moved on to the next generation of consoles. It seems Double Fine is one of the studios with access to PlayStation 5 and Project Scarlett dev kits; and why wouldn’t it have them after Microsoft’s acquisition?