Home News PS5 IO Is On “Another Level,” Allows For Things Not Possible On... 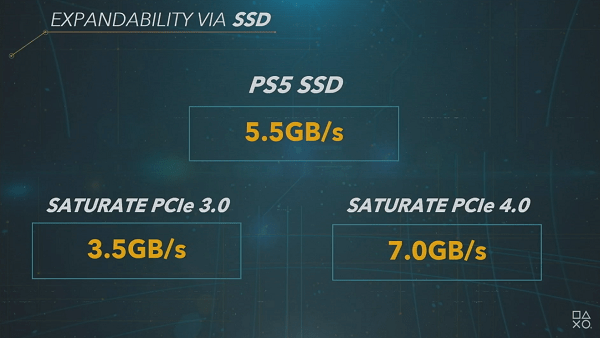 PS5 IO and SSD have been praised all around by developers and now another dev has come out to say great things about the future of PlayStation. Matt, a developer, and members of the ResetEra forum says PS5 SSD and IO setup is great and a huge upgrade over anything we have seen before.

The SX SSD and whole IO setup is great, and a huge upgrade from anything we have ever had before. MS did a really nice job here, absolutely nothing to complain about. But in comparison, the PS5’s IO feels like it was taken from an IO-focused mid-gen upgrade 4 years from now. It is, very simply, on a whole other level. And yes, that allows for things you can’t do on any other platform. But it’s both consoles having a baseline SSD that will allow game design on the whole to advance across platforms, and every game and gamer will benefit from that.

PS5 is capable of streaming assets as you move through the world thanks to its 5GB/s SSD target speed. This is something Xbox Series X might struggle with although third-party games might not fully utilize PS5’s capabilities early on.   The first-party games will benefit the most from PS5 SSD and IO setup as it allows the ability to stream in content at super fast speeds. Developers will be able to create richer, denser, and more detailed environments.

In a recent interview, Epic Games VP of engineering, Nick Penwarden revealed that developers had to rewrite part of the Unreal Engine core IO subsystems to keep up with the PS5’s SSD. On a separate occasion,  Tim Sweeney said “there has been a massive effort to upgrade Unreal Engine loading and streaming to ensure CPU doesn’t become the bottleneck. PS5 has provided much of the impetus, but the work will benefit all platforms.”

We only saw a tech demo so far from Epic Games which shows what the console is capable of. Sony is yet to show any first-party titles that utilize PS5’s hardware to the fullest. Hopefully, Sony will announce a new date for its PlayStation 5 event to show PS5 games in action.