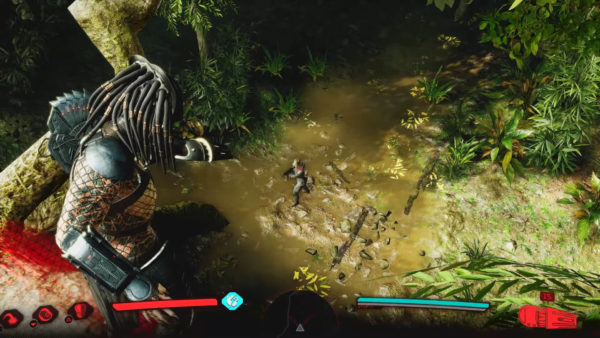 There are a ton of weapons and gear for our friendly forest Predator in Hunting Grounds. Each weapon is unlocked at a certain level in the game so performing at your best is the only way to get XP and earn your way to the best weapons and gear.

In addition to weapons, there are a ton of gear available to the Predator as well in Hunting Grounds. There are items that heal and stop bleeding while others are used to detect enemy movement or trap them in a bear trap.

There are a plethora of perks for the Predator in Hunting Grounds. Each has its own effect and a certain cost is associated with its unlock process.