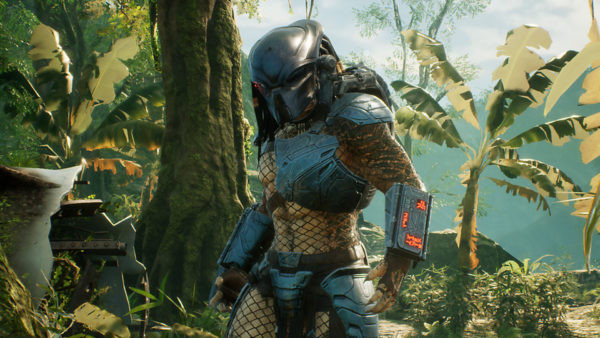 In Predator: Hunting Grounds, you can not only play as the Fireteam who is the hunted party but also as the Predator itself, which is pretty cool. You can customize either of the sides you choose to play and create the most effective of builds that help you towards victory. This guide will exclusively be focusing on the best builds you can have if you choose to play as the Predator in Hunting Grounds.

As Predator, you can play as any of these three classes: Hunter, Berserker, or Scout. They will be the basis on which you can further customize and enhance to get the perfect build.

The Most Balanced Build – Hunter

The Hunter class has the most balanced features among all the classes. Health, Movement Speed, Stamina, and Gear are at equal levels and this class can perform well in all types of combat. If you do not prefer a certain trait over others than this is the class for you. Furthermore, the Hunter class will be available from the beginning of the game so you will spend quite some time playing it. The following are the gear, weapons, and perks that you can have for this class.

Since it is an all-rounder class, you can play with both long-range and melee weapons to deal with all kinds of situations in battle. We have put together the best combination of weapons you can equip yourself with:

The Elder Sword is the first weapon that you get as the Predator, and it is unlocked Level 9. It is a powerful melee weapon that will help you deal with close-range enemies.

The Yaujta Bow is, of course, a long-range weapon. It is fatal to your enemies and deals with silent blows. The Bow is unlocked at Level 38 in the game. So you need to keep playing till you get it.

Both the Yaujta Bow and the Elder Sword can be equipped together in this build, as soon as they have been unlocked.

As we have the weight Limit at 10 so we need to have the most necessary gear at hand. The Healing Kit and Bear Trap each weigh 5 so they will be ideal. When you need healing the Healing Kit will do the job for you while Bear Trap will keep enemies trapped, to finish off with your Elder Sword.

Perks can, of course, be changed according to the preference of the player but here we are recommending the ones we found most effective. These will allow you to both deal and absorb an extra bit of damage. You will have 12 points to spend on Perks so here you go:

It makes your traps stronger to reduce the chances of escape.

As a Scout Class Predator, you move fast and your enemies will have a hard time targeting you. Although the Health is low for this class you will have the added advantage of extra movement speed and stamina. The gear department is also a bit lacking in this one. Similar to the name, you will be stalking enemies from the shadows, and attacking and running will be your main strategy. Following are the weapons, perks, and gear for this class:

Ranged weapons will be your thing in this build as you will be attacking from a distance. If the need arises to fight at close range, you will have your claw to cover that. The weapons you need are:

As told above this is an excellent weapon to deal with damage at a long-range.

Another weapon that offers you a great damage ratio in ranged combat.

Both these weapons will serve you well at long distance, with the Yautja Bow coming slightly above the Plasma Caster, thus making it your Primary weapon. They will both be unlocked a bit later on in the game, so wait till you can use them in your build.

Audio Decoy will distract any enemies coming close to you or any other key areas. It’s also useful for separating units from the Fireteam and finishing them off individually.

The Motion Detector will enable you to set surveillance traps. It will keep you aware of any incoming threats and will also mark them out for you.

These perks will have the stealth and speed factors to make the most appropriate for the Shadow Build:

It allows you to move faster through the trees.

Any bullet damage will be reduced while you stay among the trees.

This will allow you to stay cloaked for a longer period without leaching off too much of your energy.

The most strong, yet the one with the least speed is the Berserker Class. Its ability to absorb and inflict damage are both very high. But the weaknesses include low stamina and movement speed. The strength factor though makes up for these negative aspects. Here are the weapons, gear, and perks for the Overlord Build:

These weapons will be able to inflict huge amounts of brutish damage on the enemies:

A powerful and deadly melee weapon to put down your enemies.

This is also an extremely deadly and strong weapon to use against your foes.

A berserker Predator already possesses massive strength and combined with these weapons you will become a fearsome force to be reckoned with.

The recommended gear for this class would Bear Trap and Audio Decoy, as they are great for close-range battle. The Bear Trap will trap your enemies in one place so you can bash them down with your savage blows. While Audio Decoy will help you “divide and conquer” your enemies, which you will be needing as you will be moving around on the ground with not much speed.

The best perks for this build are good for making up for the weaknesses you have in this class:

This will enable the rapid regeneration of stamina along with a quicker recovery from exhaustion.

Will make your traps stronger as told before.

Will increase the damage of your melee weapons ensuring more kills.

So here ends our guide to the best builds for playing as Predator in Predator: Hunting Grounds. These will surely help you in taking down any enemies and win your battles no matter which class you are playing as.