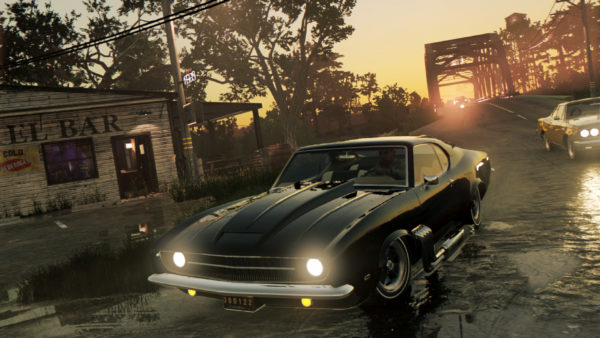 Will Mafia 4 even happen? This is a question we ponder ever since the mediocre release of Mafia 3 on PlayStation 4, Xbox One, and PC. Hanger 13 hardly discussed the possibility of Mafia 4 but it seems the developer hasn’t given up on the franchise. Take-Two Interactive has filed a trademark at the United States Patent Office on August 2, 2019, for “MAFIA” with serial number “88564555.”

There is no description available for the product itself so we can’t say much about it. One thing that sticks out is that this “word mark” is for a stylized text-based logo that’s never been used for any of the previous MAFIA games, naturally, sparking the possibility of MAFIA 4.

While this is an interesting find, let’s keep our expectations in check and take this with a grain of salt. A trademark doesn’t mean Hanger 13 will actually develop the game, however, it is a strong indication that something is in the works, the wheels are turning.

Back in 2017, the development team at Hanger 13 split into two groups. One kept working on improving MAFIA 3 and its DLC while the other moved to the companies’ next project.

The very first idea they had was MAFIA 4 and it sounds amazing. The game was supposed to be set in the 1970’s Las Vegas, with the “glitz and glamor of mob-controlled Sin City.”

Sadly, the project never went past the early development phase. Studio head Haden Blackman met with Take-Two and decided to scrap MAFIA 4 in favor of a brand new game.

The way it was pitched in the big all-hands meeting was: Mafia IV was a great thing, it’s exciting,” one anonymous source tells Kotaku. “But we’ve always wanted to do our own IP.

Creating a new project in the midst of layoffs and cut-backs is hard to do. Either you bet on a new game or stick to a tried and tested IP that might work better in terms of revenue. It is a tricky decision and while initially, they scrapped MAFIA 4, this new trademark suggests things might have changed down the road.