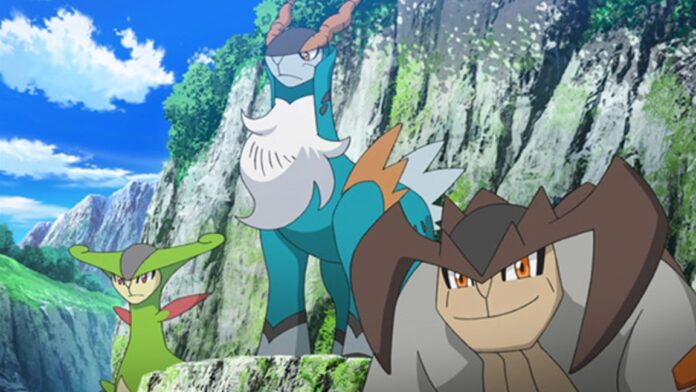 How To Catch Terrakion In Pokemon Sword And Shield

Before the DLC was released, you could only get Terrakion in Pokemon Sword and Shield by transferring the Pokemon from Ultra Sun and Moon via Pokemon Home but now you can catch it.

You can find Terrakion in the Lakeside Cave region of Crown Tundra. The catch is that you cannot head over to the location from the get-go. First, you need to talk to Sonia who will appear once you have discovered a small set of footprints outside of Freezington.

After you find Sonia, you will be directed to the footprints of three different Pokemon. One of them is going to be Terrakion. The others are Cobalion and Virizion. You will need to explore Crown Tundra and find clues to learn where these Pokemon are. Once you have done that, you can come back to Sonia.

You will need to visit three locations in order to collect the evidence that you need. These locations are Lakeside Cave, Ballimere Lake and Dyna Tree Hill. Terrakion is going to be in the Lakeside Cave Region of Crown Tundra. Battle and catch the Pokemon.

The Pokemon has the following stats that you should know about:

The following are the abilities of the Pokemon that you need to know about:

Terrakion is a Fighting and Rock-type Pokemon so it is strong against Normal, Poison, Fire, Rock, Bug and Dark-type Pokemon. On the other hand, it is weak against Flying, Psychic, Fairy, Fighting, Ground, Steel, and Water-type Pokemon. Counters for the Pokemon include Lapras, Gyarados, Togekiss and Rhyperior.