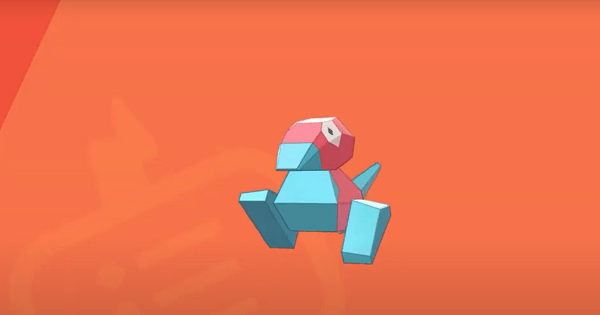 Our Pokemon Sword and Shield Porygon Guide will help players on how to get this particular Pokemon and how to evolve it.

How To Get Porygon

Porygon is a polygonal Pokemon in Sword And Sheild. While its inception was a pure coding error, the Pokemon has made a comeback in the Isle of Armor DLC for Pokemon Sword And Shield. Here is how you can get Porygon.

Acquiring Porygon is quite simple. All you have to do is complete the main quest for Isle of Armor DLC. Once you have defeated Master Mustard after completing either Tower of Darkness or Tower of Water, return to the dojo.

Go to the room to the right and Porygon will be floating there. Examine the Pokemon and Hyde will tell you about the origin of Porygon. After that, he’ll offer the Pokemon to the player. Accept the offer and Porygon is yours.

How To Evolve Porygon

When you get the Porygon, it’ll be level 25. So, you’ll have to put in some serious work to get it to your current level. However, evolving the Pokemon requires some adventuring. Players need the Upgrade and Dubious Disk items in order to upgrade the Porygon.

First, players need to find Upgrade. Go to the Warm Up Tunnel and exit towards Training Lowlands. To the left, between the cave and the beach will be some boulders.

The Upgrade item is there on the ground. Alternatively, players can simply craft it at using the Cram-o-matic in the Master Dojo. All they need is Yellow Apricorn, Big Nugget, Big Mushroom, and a Star Piece.

Now, time to evolve the Porygon. Make the Porygon hold the Upgrade and trade it to a friend who will trade it back to players as Porygon2. This is the Porygon’s first evolution and players need Dubious Disk in order to evolve it further.

The Dubious Disk is on a small patch out in the ocean located to the South of the Isle of Armor in the Workout Sea. Make the Porygon hold the Dubious Disk and again trade it to a friend who will trade the Pokemon back as Porygon-Z.

That is all for our Pokemon Sword and Shield Isle of Armor Porygon Guide with tips on how to get the Pokemon and how to evolve it. For more on the game, also see our How To Get Black Glasses and Fletchling Guide.