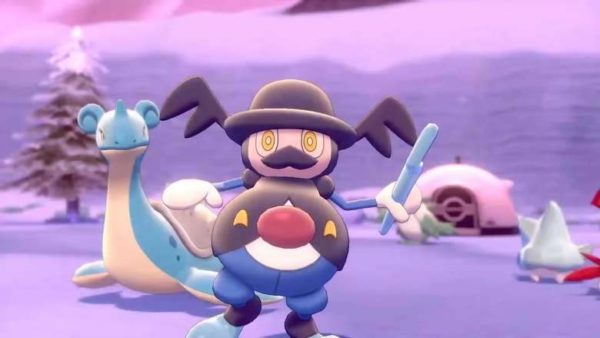 Mr. Mime is a Psychic and Fairy-Type Pokémon in the game. Mr. Mime can be found before the Gym Leader fight in Spikesmuth, Route 9. You will have to face some people from Team Yel. During your objective to go to the Gym Leader, you will encounter Mr. Mime.

After defeating some people you will come across a person atop of the arena just before your fight with the Gym Leader. The person will offer you a one time trade. He will give you Kantonian Mr. Mime if you give him Obstagoon. This seems like a fair deal seeing as how Mr. Mime is a very good Pokémon and also had a Galarian version.

Mr. Rime is the Galarian version of Mr. Mime. It is a new version in the Pokémon Sword and Shield. Finding is very hard in the sense that you will be able to acquire it in the latter part of the game. After defeating all the 8 Gym Leaders in the game, Route 10 will be available to be explored. Mr. Rime can be found roaming in the wilds in Route 10. So basically you will have to complete the game to acquire the version.

That is all for our Pokémon Sword and Shield Mr Rime & Kanto Mr Mime Guide. If you are interested in learning more about the game then you can check out our other guides including the ones on Lapras, Snorunt and Bounsweet.