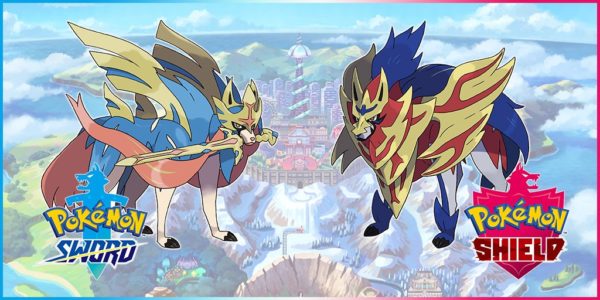 Legendary Pokemon in Pokemon Sword and Shield can be located throughout the map. They are generally easier to find and you don’t have to do complicated stuff to catch them. There are 4 legendary locations included in this guide and we will update if we find any more of them. This guide will include all the details on the locations of the legendary Pokemon in Pokemon Sword and Shield.

The locations and some important things about the 4 legendary Pokemon are:

Eternatus is a Poison-Type Pokemon and it is stated that it is linked with the Dynamax Phenomena. This Huge Dragon can wreck you in a battle if you approach it without any preparations. If you have Zamazenta and Zacain, whose locations are stated below, to help you with the raid you can defeat it eventually. Eternatus can be fought against at the end of Pokemon Sword and Shield and you will fight in your in it’s Dynamax form.

Even though it’s most effective ability The Dauntless Shield gives it a defense boost it can still be very offensive. It has good damage output unlike other Pokemons and is almost unrivaled in defense.

You might already know Mew I mean who doesn’t. Mew is a Psychic-Type Pokemon that has great offensive capabilities. Mew can be obtained through only one way and that is by transferring it from a new Poke Ball Plus. Another thing to notice about Mew is that you can upgrade any three of it’s stats to the max.

Zacain is a hybrid of Fairy-Type and Steel-Type Pokemon. At first the Pokemon will be a Fairy-Type Pokemon only and then when you give it the Rusted Sword it will become a hybrid Pokemon. Zacian is one of the exclusive Pokemons to Pokemon Sword.

You can catch it near the end of Pokemon Sword. Another offensive type Pokemon which has high mobility and has high power attacks. One if it’s ability which suits it’s offensive nature us Intrepid Sword which gives the attack boost.