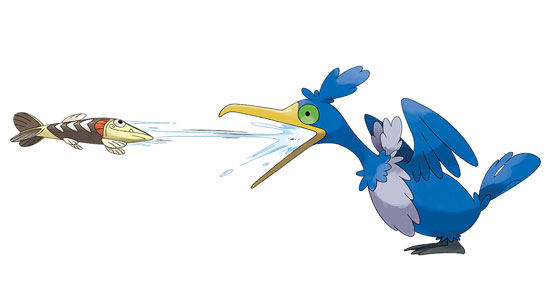 Cramorant is a Flying and Water Type Pokémon which can be found in both Overworld and Non-Overworld areas. Below are all the locations of where you can find and capture Cramorant:

It can be found in Circhester Bay in Route 9 with a 40% chance of it spawning. The Pokemon will appear during Level 39-43.

Cramorant has 70 HP, 85 Attack and 85 Special Attack. It has 55 Defense, 95 Special Defense, Speed is 85. After performing Surf or Dive Cramorant can use the Gulp Missile ability. This ability allows it to reciprocate any damage taken back to the enemy Pokémon.

It is the only form in its evolution chain. Cramorant is strong against Bug, Ground, Rock, Grass, Fire and Fighting Type Pokémons. It is weak against Rock and Electric Type Pokémons.