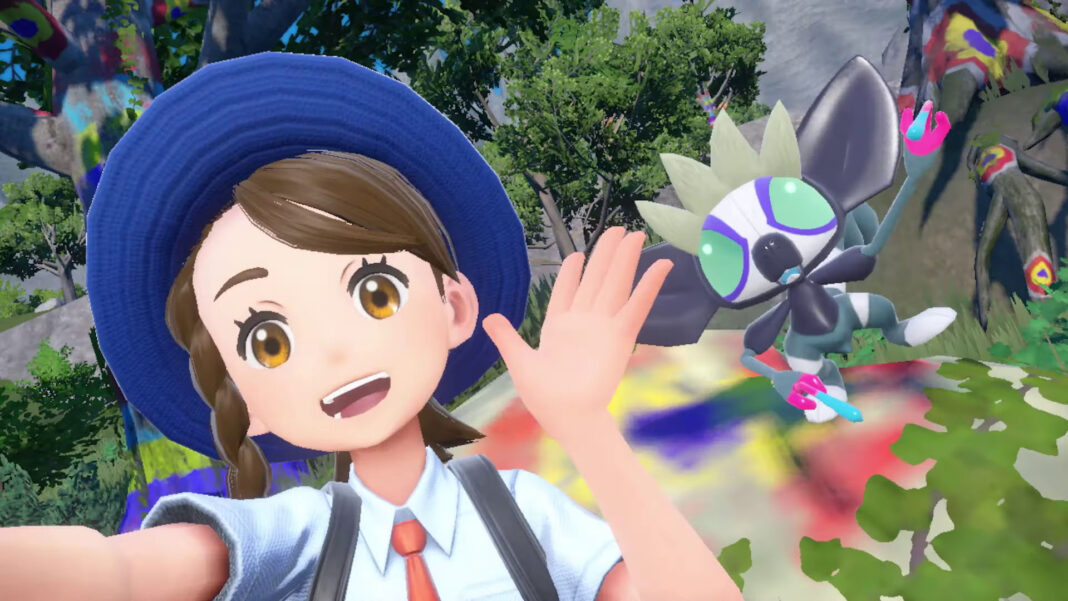 Aside from Koraidon / Miraidon, there are 4 Legendary Pokemon locked behind various Shrines scattered across Paldea. In order to catch these Legendary Pokemon, you need to collect 8x Colored Stakes that corresponds to each one of them.

Chi-Yu
It is a Dark/Fire-type Pokemon with the ability ‘Beads of Ruin’ that decreases the Special Defense of all nearby Pokemon. You’ll need to collect 8x Blue Stakes in order to be able to catch it.

Ting Lu
After finding 8x Green Stakes, you’ll be able to free Ting Lu. It is a Dark/Ground-type Pokemon that can get ‘Vessel of Ruin’ that decreases Special Attack stat. of all nearby Pokemon except itself.

Wo-Chien
It is a Dark/Grass-type Pokemon with the ability ‘Tablets of Ruin’ that reduces the Attack stat. of all nearby Pokemon except itself. You’ll need to have 8x Purple Stakes to get to it.

Chein-Pao
And lastly, we’ve got Chien-Pao, a Dark/Ice-type Pokemon with the ability ‘Sword of Ruin’ that reduces the Defense stat. of all nearby Pokemon. You’ll need to get all 8x Yellow Stakes to catch it.