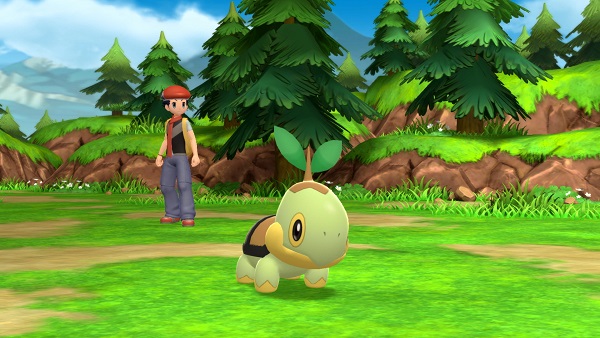 One of the strongest Pokemon that a player can add to the team during early game is none other than Gen-4 grass-type Pokemon Turtwig. But since it only appears in a single location, it can be a little confusing for some people who are hoping to capture it. In this Pokemon Legends: Arceus guide, we have detailed all there is to know about how to get Turtwig.

Turtwig, unlike Pikachu, can only be found at a single location in Pokemon Legends: Arceus. To get to it, the player needs to head over to the Diamond Settlement. From there, proceed toward the Droning Meadow. At this point, open up the map and look for a small pond a little below Droning Meadow – it should be on the right side of Ursa’s Ring. This is the area Turtwig likes to roam around during the daytime.

However, do note that the area is inaccessible until the player has defeated the initial Noble Pokemon. For more help on how to do that, feel free to check out our detailed guide.

It is a good idea to hide in the tall grass in order to capture it without being detected. Moreover, if possible, use a Great Ball to lessen the chances of missing. For people who want to battle it out, fire-type Pokemon in the game are incredibly powerful against Turtwig so make sure to have a few in the team before setting out to hunt one.

Turtwig is a Gen-4 grass-type Pokemon that can prove incredibly valuable during early-to-mid game. It can also be evolved into Grottle and Torterra should the player decides to do so.