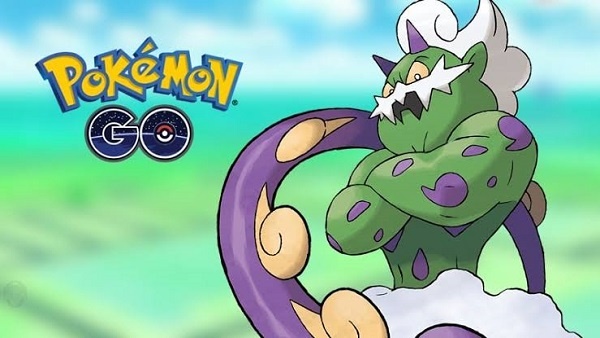 Tornadus is the latest legendary to appear in Pokemon Go 5-star raids, starting Feb. 04 and ending Feb. 25. Tornadus is a flying-type Pokemon having 46,044 raid boss CP. Despite it having 2 forms i.e. Incarnate and Therian, you can essentially use the same strategy to deal with both of them. Our Pokemon Go Tornadus counters guide will help you learn about the best counters to deal with this tier-5 raid boss.

Tornadus being flying-type leaves you with a wide array of counters that you can use. Types such as rock, ice, and electric should serve you incredibly well. On the other hand, try to avoid types including bug, grass, and fighting. As mentioned earlier, these Pokemon should work well against both Incarnate and Therian forms.

Before we talk about Tornadus’ raid counters in detail, let’s talk a quick look at its moves:

You shouldn’t have to worry about a majority of Tornadus’ moves if you’re in a decent matchup against it. However, there are a couple of them you should watch out for.

The first one is Hyper Beam, a normal-type attack that can deal decent damage in any circumstance. And the other one is grass-type Grass Knot that will hurt your Pokemon in the counter matchup a little. But as long as you’re playing to your strengths (electric and rock), you shouldn’t have a whole lot of trouble.

As mentioned earlier, being a pure flying-type Pokemon, Tornadus’ is incredibly weak to electric, rock, and ice types. Some of the recommended counters to Tornadus include the following:

As you might’ve guessed, Tornadus in Pokemon Go is incredibly weak against electric-type and there’s hardly anything at its disposal to deal with your electric-type effectively. You can also use rock-type Rampardos but do note that Tornadus’ Grass Knot can strike pretty hard.

Other than that, you can also rely on ice-type Pokemon but they’re also susceptible to Grass Knot. Just stick to the recommended team and you should be able to deal with it with 2-3 trainers.

How to Catch Tornadus

Both Incarnate and Therian have different CP values required to catch them. Before we talk about the CP values, it’s important to note that you can only capture Tornadus using Premier Balls, which can be acquired in multiple ways.

Without any weather boost in effect, the recommended CP to catch Incarnate at Level 20 is between 1.8k to 1.9k. Therian, on the other hand, requires somewhere between 1.75k to 1.85k.

This is how you can defeat Tornadus raid boss in Pokemon Go. For more help on the game, be sure to check out our Heatran raid boss guide.