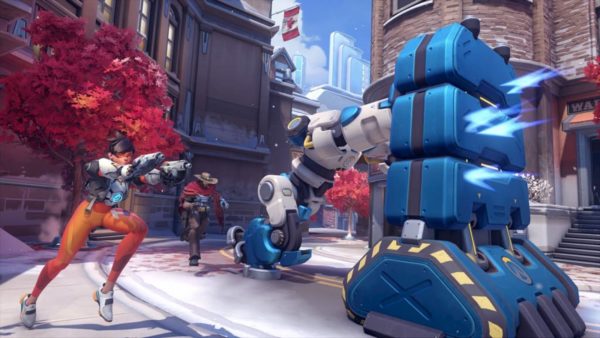 Blizzard Entertainment has so far kept its mouth shut regarding Overwatch 2 release date. However, it seems Sony PlayStation Twitter got a bit excited and posted the release window, confirming a 2020 release. The Tweet from Sony Brasil has since been deleted but not before a screenshot was taken. 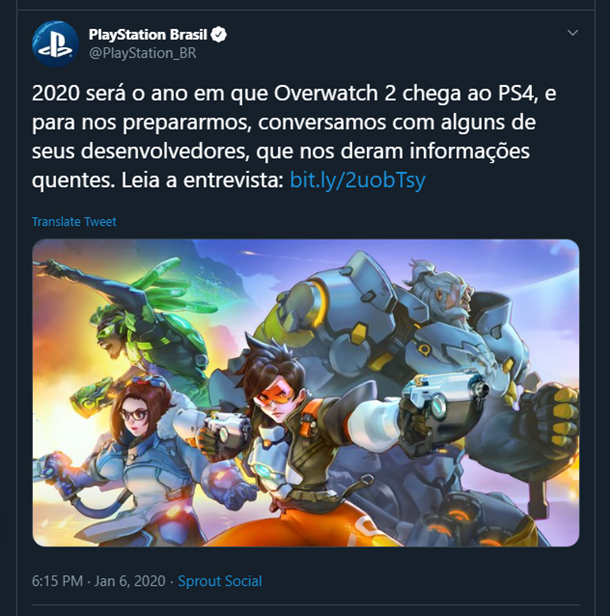 The Tweet mentions Overwatch 2 as a 2020 title for PlayStation 4. Of course, the game will also launch on Xbox One, Xbox Series X, PS5, and PC. While this is obviously exciting news and 2020 seems like the right time to release a new Overwatch, the Tweet could simply be a mistake, hence deleted. On the other hand, it could absolutely be right, hence, deleted to hide the fact. We’ll have to wait and see how this goes.

Overwatch 2 is a team-based multiplayer shooter game but unlike its predecessor, this one will have an offline story mode. Developers are introducing a full storyline that’ll expand on the rich lore of the Overwatch universe.

In a recent interview, Blizzard spoke about crazy ideas for Overwatch 2 characters.

Every so often, we’ll do this thing where we’ll get everyone on the team to just go ‘Crazy hero ideas – let’s go! ‘Everyone will do a thumbnail of what the hero might be, what their abilities might be, and once – just entirely in jest – someone even came up with a hero that was a pizza. So we get some crazy ideas out of these sessions. We do it because it’s a great time to burn off steam, but we do get some great ideas out of these meetings. We still have some of these ideas, actually, that are back-burnered.

Hopefully, all will be released in the coming months, especially the release date for Overwatch 2. The game is currently available to purchase via the Blizzard client for our PC Master Race members.