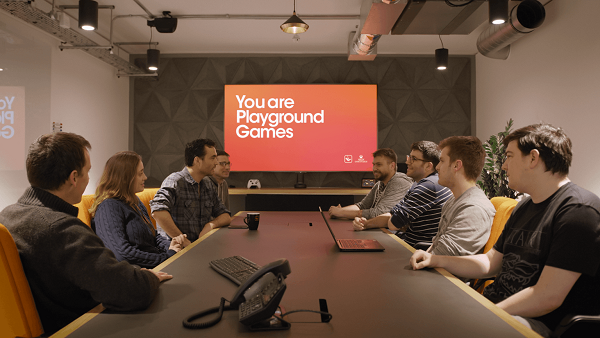 Over the past few weeks, we have been keeping an eye on Playground Games, especially the staff it is hiring. There are two games in development at the studio right now – Forza Horizon 5 and an RPG game.

This new RPG game is putting together a strong development team that consists of former Rockstar devs, and veterans from Cloud Imperium. The game has been in development for at least a couple of years at this point and we are fairly certain that it is an Xbox Scarlett launch window title.

Playground Games is looking for a Lead UI Engineer to join our brand new open-world action / RPG development team. You will join the team and project at an early stage, giving you the rare opportunity to shape the technology used to build a large-scale AAA title.
Your expert grasp of the challenges involved with developing the user interface for a AAA game, along with your ability to get the best from a team of developers will see you setting the direction for the UI and related technology. Your eye for detail and your passion for working collaboratively with artists and designers will allow you to deliver a best in class immersive user experience on an exciting new title.

The fact that this game is in the early stage of development is mentioned twice in the job listing.

This is an exceptional opportunity to join a team and project at an early stage, giving you the rare chance to shape the future of an exciting, large-scale AAA title from the outset. It will provide exciting new challenges for any experienced developer looking to further their career and create world class games.

It’s an interesting little detail that reveals Playground Games still has a long road ahead. The RPG, which is rumored to be Fable 4, might not release as a launch title for Xbox Scarlett. As the job listing mentions, it is a “large-scale” AAA RPG, and those take time to develop. Microsoft exclusive games have had a history of being mediocre so it must be important for them to take as much time with this one.

Since Forza Horizon 5 is also in development, it isn’t far-fetched to think it will be ready for Xbox Scarlett’s release.