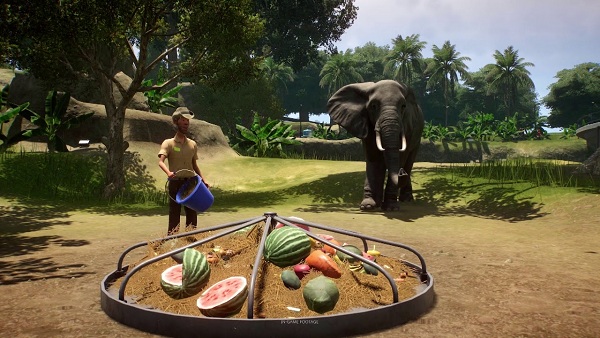 Planet Zoo has just released and it is ideal for players who want to lay back, relax, and make the perfect zoo of their dreams. As the game has just been released, the game has some bugs. Many are minor bugs but the major one is the food bug. This Planet Zoo bug is that zookeepers in a zoo are not refilling the food and many of the animals in the zoos are dying of starvation.

In this Planet Zoo Guide, we will include all the details on possible solutions on how to fix or in the last case scenario work food not refilling in the game.

This bug has been constantly raised by the community but the developers are saying that this isn’t a bug.

The first solution according to the developers is that you should make a cabin for the Zookeepers near the animals they have to feed so that they don’t have to travel much around.

This might work but if not, then read the other possible solutions for the problem of zookeepers not feeding the animals.

How to Fix Food not Filling?

The next way is to delete the food enrichment devices present in the zoo. After that, you need to restart and put in new devices and maybe the problem will be solved.

There has also been a solution where players who moved their food and water bowls didn’t face the bug again.

Try the above-mentioned methods and if none of those work then you have to work around the bug until the developers fix it somehow.

The workaround method is to send your animals to the change center so that they can be fed properly and they don’t die of salvation.

At the moment, only these solutions have been found for the bug where zookeepers are not filling the food for animals. We will update as soon as more possible solutions show up.

This is everything you need to know about solving food not refilling bug in Planet Zoo. For more help on Planet Zoo, check out our Franchise Mode Guide, Money Farming Guide, and Animals List Guide.