Home Articles 4 Photorealistic Games That Will Make You Look Twice 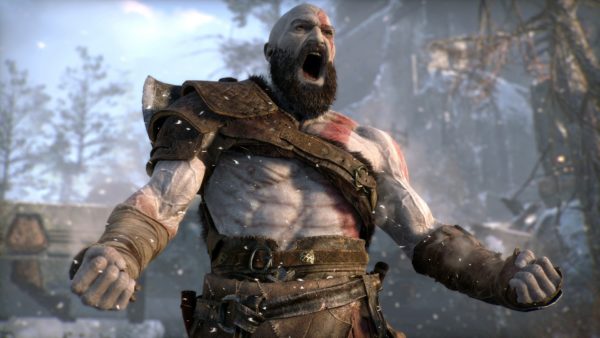 Have you ever been just struck with complete awe with a video game’s visuals? I don’t necessarily mean being a realistic simulation but I’m referring to how detailed the imagery is. Here are a few Photorealistic games that you should definitely try out if you just want to stare at the screen and be amazed.

Devil May Cry 5
The last Devil May Cry game we played excluding the reboot was DMC 4. Back then, the franchise still used very video game looking models and rendering so even though the game was stylish as hell, it did look like an old PlayStation 2 game. However, with the help of the RE Engine, Devil May Cry 5 is not only stylish from a gameplay perspective, but it’s also an absolute treat to look at.

In fact, it should be a crime how the game combines the most arcade-y video game-like physics and gameplay along with the graphics of what appears to be a very detailed ongoing cutscene. It’s just absolutely amazing to look at and play along.

Going into photo mode reveals loads of subtle details like Nero’s stubble or how the lighting interacts with every bit of his Devil Trigger form. Definitely take a closer look at the photo mode next time if it’s hard to believe.

Red Dead Redemption 2
I mean you kinda knew that this game had to be on the list right? Especially after it made its debut onto PC where its amazing attention to detail could be appreciated by the master race themselves.

Red Dead Redemption 2, besides being photorealistic, is also very grounded and made to be as realistic as possible. This means the game will appeal to both types of gamers. One being the type that wants a realistic gameplay experience, and the other that are just suckers for visuals. The way the sunlight hits the Heartlands when you’re out there taming wild horses, or how the town roads get a muddy texture during a rainstorm, just great to look at.

Just like with DMC 5, the best way to truly appreciate the details here is by going into the game’s photo mode. This is where you can thoroughly inspect little details without the worry of being shot or trampled. Details like damage and dirt on Arthur’s face or a wound on your horse for example.

God Of War PS4
God of War games on the PS3 weren’t particularly photorealistic as the developers weren’t going for a full-fledged emotional roller coaster with tons of emotion on character faces.

All of that changed with the launch of God Of War PS4. The game not only made Kratos more than an angry god but also featured photorealistic graphics.

Photorealism wasn’t only important to showcase what PlayStation 4 can do but also, it was crucial for the story as the character models needed to show emotions like anger, loss, and regret. The resulting game is one of the best looking games of this generation and GOTY 2018.

Forza Horizon 4
You know a racing game has nailed its visuals when you like to just drive around to take in the views. If it wasn’t for the HUD and video game giveaways, a fresh empty screenshot of the game could pass off for an actual photo. That’s how well captured the rural like countryside has been captured. The developers knew what they were doing when they designed the free roam for the title.

I also really love the details of dirt, damage, and coloring on your cars. The wear and tear really make you appreciate the design behind the cars.

That is it for our list of Photorealistic Games. Let us know if we missed any of your favorite games that look too real.

Also, check out our list of 12 visually impressive games of 2019.