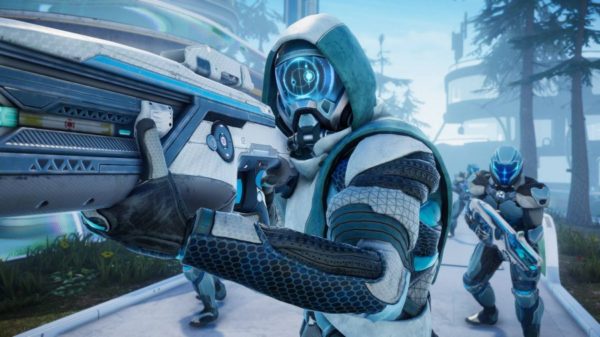 You might be familiar with the term “Skills” in many mostly RPG games. Skills are special abilities which can be either Passive or Active abilities. There are 7 skills each in evert class which you can lick from. Each skill requires skill points to be unlocked and open at certain levels. This guide will include all the details on how to acquire skills, how they work and much more in Phoenix Point.

A new skill unlocks every level and each is very good. You can pick the new skills that suit your style and wreak havoc. As mentioned above that skills can be Passive or Active abilities. Will points are needed to perform Active abilities. Each class has 7 base skills and 3 random skills.

After you reach Level 4 you will get the option to choose a second class. There are 6 Class units in Phoenix Point which are Heavy, Assault, Sniper, Technician, Berserker and Priests. Each have their own Base and Random skills. Following are all of the skills:

The following are the skills for heavy units:

All enemies within 10 tiles have their Action Point allowance reduced by 1 for the next turn.

The Action Point cost of Grenades, and other explosive weapons is reduced by 1 and their range is increased by 50% until the end of the turn

The following are the skills for Assault Units in Phoenix Point:

Move to a target position within half of the normal movement range.

Shoot back at an enemy when it attacks, provided the soldier is using a direct-fire projectile weapon whit proficiency, and the enemy is within half perception range.

Reloading and inventory actions do not cost an Action Point.

Each allay recovers 1 Action Point. Limited one use per turn.

Recover 2 Action Points for each enemy killed, until the end of the turn.

The following are the skills for Sniper Units in the game:

The Action Point cost of the next shot whit a proficient weapon is reduced by 1, and the accuracy is increased by 25%.

Accuracy whit proficient weapon is increased by 50% while there are no spotted enemies within 10 tiles.

Mark enemy target. Until the end of the turn, all damage to that target is increased by 50%.

The following are all the skills for the Technician Units in the game:

The Action Point cost of Medkits, Stimpacks and Robotic Arm abilities is reduced by 1.

Restore 10 points and 10 Armor to all body parts of the selected target. Disabled body parts are restored.

Turrets can be thrown and deployed for 1 Action Point.

The following are the skills for the Berserker Units:

The following are the skills for the Priests:

Gain control of an enemy with WP cost equal to the enemy’s current WPs. Cost 2 WPs per turn to maintain control.

All organic enemies within 15 tiles are automatically revealed.

Allies within 10 tiles are immune to Panic and Psychic damage attacks.

Deal 100 damage to all enemy entities within 10 tiles.

The following are the skills for the Infiltrator units:

Proficiency with Crossbows and Spider-Drone deployment. Baseline stealth factor is 25% as long as the character isn’t revealed.

Attacks from behind gain shock value equal to 3 times the damage dealt.

Deploy holographic decoy at the chosen location. The decoy is treated as a real target by all enemies.

Deploy 3 Spider Drones with one action.

Damage dealt while not spotted is increased by 100%.

Random Skills for all Units

The following are some of the random skills that are shared by different units in the game:

Additional +25 to steal of armor

Additional +2 to Willpower and 10 Perception range

That is all for our Phoenix Point Skills guide. If you are interested in learning more about the game then you can check out our guide on vehicles in the game.