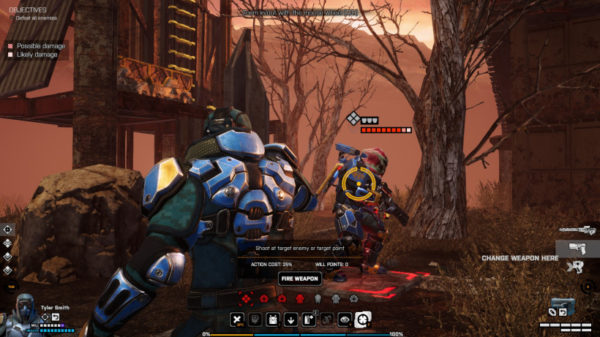 In this turn-based strategy game, there are a lot of game mechanics and systems to wrap your head around.  Our Phoenix Point Beginner’s Guide will help you integrate and adapt better in order to progress faster in the game.

In terms of base management, soldier recruitment is carried out via Faction Havens. This requires you to build Training Centres within the Havens. Look for the Haven with the “human body” symbol to know that you can recruit soldiers from there. Later on, you can recruit Elite soldiers (human + icon) which belong to a variety of special classes like Technician and Berserker, etc. So always be on the lookout for such icons.

Recruited soldiers, after being on missions for a while, will eventually fatigue. This status can be removed by allowing them to rest back at their living quarters in your home base. This takes some time. You can also set up Medical Bays and Training Facilities in your base so the inactive soldiers can continue to receive XP even when they’re not doing anything.

Before anything else, make sure each of your soldiers carries at least 2 Medkits on them at all times.  This won’t be an option early on, due to limited carrying capacity, but upgrade it as soon as possible to hold 2 kits.

Manual aiming is key when it comes to firing since this exposes less-armored body parts of the enemy. Destroying body parts incur a Bleeding status effect on the enemy whose effects are stackable. This leads to tremendous damage.

Some enemies will carry a Retaliate ability which basically means that they’ll fire back at you after you initiate an attack. To deal with this, use a sniper from a long-distance or just destroy the weapon they’re wielding to render their attacks useless.

With that said, the same can happen to you as well. Since weapons are quite breakable in Phoenix  Point, make sure to equip a medkit or ammo magazine at the end of the soldier’s turn so the weapon is not destroyed when it’s holstered.

Always remember to move after shooting so as to not be a stationary target or a sitting duck against the foes. Action points are utilized every time you move, so keep a check on those and move accordingly.

When you’re creating a team to deploy, you can choose which units to go with under the Personnel tab of the game’s menu. Here, you will note that vehicles take up 3 spaces but it’s worth building the Phoneix Armored Fighting Vehicle which is a beast in combat situations.

Aircraft are very useful but difficult to build. So your best option is mostly to raid Havens of factions you’re at war with. This allows you to steal their aircraft and other valuable equipment. If you are interested in learning more about Vehicles then you can check out our vehicles guide as well.

Alternatively, you can invest and research the Trade technology in the Factory tab allowing you to garner more useful materials from other factions. Researching items is carried out by unequipping the item off of your soldier for it to pop up in the Research tab. Some research requires two identical items before you can start the process.

That is all for our Phoenix Point Beginner’s guide. If you are interested in learning more about the game then you can check out our guide on skills.