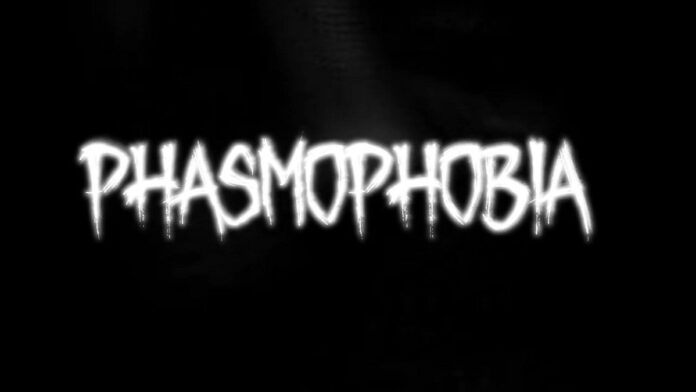 Phasmophobia PC is facing errors and issues like an in-game crash, loading stuck at 90%, crash at startup, Server Version Mismatch, Phasmophobia Unity 2019.4.7f1_e992b1a16e65, stuttering, and more. Here I have compiled a list of errors and issues with the game along with their fixes and workarounds.

Phasmophobia is a psychological horror co-op game released as a Steam Early Access title, at the time of writing. The game has found great success even in the early access phase.

Given that Phasmophobia is still in development, it’s facing errors and issues like the crash at launch, loading stuck at 90%, Server Version Mismatch, Unity 2019.4.7f1_e992b1a16e65 error, and more.

Phasmophobia PC players are reporting that when they launch the game, the loading screen gets stuck at 90% and for some players, the game crashes after a while.

This error can be easily fixed. The save file for the game can get corrupted and to fix the 90% loading screen issue is to delete the save files. Go to C:\Users\”your username”\AppData\LocalLow\Kinetic Games\Phasmophobia. Delete all the files you find here. After that, launch Phasmophobia and the stuck at 90% issue will be fixed.

Another fix for the InternalRecieveException error would be to allow the game through your firewall.

One reason for the game to crash is the use of third-party tools and software like MSI Afterburner. Disable any third-party tool you have installed on your PC along with Steam overlay and GeForce Experience overlay. This will fix the game crashing issue.

Since the game is still in early access, it isn’t optimized and can put an unreasonable load on the GPU. Also, if your GPU is overclocked, it can case Phasmophobia to crash.

If the GPU is overclocked, then revert it back to its default GPU clock and the issue will be fixed. If the GPU isn’t overclocked or you don’t want to mess with the GPU clock, players can lock the game’s FPS to reduce GPU and CPU load.

Open Nvidia Control Panel > Manage 3D Settings > Program Settings > select the game. Turn on “Max FPS Limit” and set the value to 30. This will lock the game at 30 FPS, reducing GPU load and the game will stop crashing randomly.

Phasmophobia players are reporting that they are unable to play the game as they get the “Server Version Mismatch” error when they try to join other players.

Unity 2019.4.7f1_e992b1a16e65 is another error that Phasmophobia PC players are experiencing. This particular error is popping up due to RAM or GPU overclock. Revert your GPU and RAM clocks to their default even if the GPU is factory overclocked.

As for the RAM, players can reduce the memory clock speed from the BIOS. I don’t recommend that you reduce the RAM clock significantly but, only drop it by one option in the BIOS. Meaning, if you have a 3000 MHz RAM, then select the 2666 MHz option.

If you don’t want to mess with the GPU clocks then I suggest that you lock the game’s max FPS to reduce overall GPU load. pen Nvidia Control Panel > Manage 3D Settings > Program Settings > select the game. Turn on “Max FPS Limit” and set the value to 30. After that, the game will be locked at 30 FPS and the Phasmophobia Unity 2019.4.7f1_e992b1a16e65 error will be fixed.

Crash at startup or game not launching is another issue that Phasmophobia players are reporting and are unable to play the game. Ther are a number of reasons behind the Phasmophobia crash at launch issue and here are the fixes.

For those of you facing the issue on Windows 7 and 8, the game doesn’t officially support these legacy OS. If you want to play the game then you need to upgrade your OS to Windows 10.

One reason for the Phasmophobia to crash at launch could be the lack of admin rights. Right-click the game’s exe > Properties > Compatibility tab > check “Run This program as administrator” and hit apply. Launch the game and it won’t crash at launch anymore.

Your anti-virus/Windows Security might be blocking important games files. Either disable real-time protection or exclude the game’s install folder from it. After that, verify game files and the issue will be fixed.

Another reason for the game to not launch could be missing Visual C++ Redistributables. Go your Steam Library > right-click Phasmophobia > properties > Local Files tab > click “Browse Local Files”. Launch the game directly from the game’s exe and if you get an error similar to “vcruntime140_1.dll Was Not Found”, players need to install Microsoft Visual C++ Redistributables both x86 and x64 versions.

According to players, their mic stops working randomly while playing Phasmophobia. This is a bug and devs are aware of it. While it gets fixed, players can work around this issue by switching to the Windowed mode or restart the game.

Launch the game and disable in-game v.sync and close the game. Don’t worry about the screen tearing as we are going to force v.sync through the GPU driver.

Applying these settings will not only improve the game’s FPS but will also fix the stuttering issue.

That is all for our Phasmophobia fixes for errors and issues like the loading screen stuck at 90%, InternalRecieveException, Server Version Mismatch, Unity 2019.4.7f1_e992b1a16e65, and more. If you are facing errors and issues with other PC games or your PC then also see our hub for commonly occurring PC errors and their fixes.