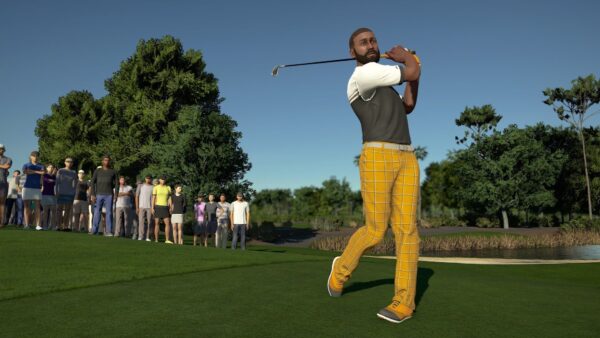 PGA TOUR 2K21 PC is facing errors and issues like Error 3:0000065432, crash at startup, no audio, the game not saving, and more. Here I have compiled a list of errors and issues with the game along with their fixes and workarounds.

PGA TOUR 2K21 is the latest installment in the long-running franchise and the game’s PC version is quite optimized. Despite that, PGA TOUR 2K21 PC players are facing errors and issues like the crash at startup, Error 3:0000065432, no audio, and more.

The following are the PGA TOUR 2K21 errors and issues that players are experiencing along with their fixes and workarounds.

PGA TOUR 2K21 players are reporting “application load error 3: 0000065432” while trying to play the game. This error is probabaly occurring due to your anti-virus/Windows Defender. Either disable your anti-virus or exclude the game’s install folder from it. After that, verify game files and the error will be fixed.

Game crashing at startup is another issue that PGA TOUR 2K21 players are reporting. There are multiple reasons behind PGA TOUR 2K21 crash at startup or not launching at all and here are the fixes.

One reason for the game to crash at launch could be the lack of admin rights. Right-click the game’s exe > Properties > Compatibility tab > check “Run this program as administrator”. Apply this change and launch the game. It should be working fine.

If you have installed anti-virus or have Windows Security enabled then it might be blocking important game files. Either disable your anti-virus or exclude the game’s install folder from it. After that, verify game files and the error will be fixed.

Also, if you haven’t updated your OS then it might be the cause of the PGA TOUR 2K21 crash at startup. The game requires a certain build of Windows 10 to run. Update your WIn 10 OS and the issue will be fixed.

This is another issue that PGA TOUR 2K21 players are experiencing. One fix for the game not saving issue is to give Steam admin rights. Right-click the Steam’s exe > properties > Compatibility tab > check “run this program as administrator”. Do the same with the game’s exe. This should allow PGA TOUR 2K21 to save.

Another possible fix for the save game issue is to open Settings > Update & Security > Windows Security > Virus & Threat Protection > Manage ransomware protection > Turn off controlled folder access. This will fix the save game error with Horizon Zero Dawn.

In case the save game issue isn’t fixed, players probabaly have enabled OneDrive backup for the Documents. Disable it and the issue will be fixed.

Players are reporting that they aren’t getting any audio while playing PGA TOUR 2K21. First of all, make sure the audio output device you are using is the one being used as default by the Windows.

If the issue persists, open Settings > System > Sound > click “Sound Control Panel”. A new window will open, click on your active audio device > properties > Spatial Sound tab > select “off” and apply it. This will fix the issue.

Apply these changes and PGA TOUR 2K21 stuttering and low FPS issues will be fixed for good.

That is all for our PGA TOUR 2K21 for errors and issues like Error 3:0000065432, no audio, crash at startup, the game not saving, and more. If you are facing errors and issues with other PC games or your PC then also see our hub for commonly occurring PC errors and their fixes.