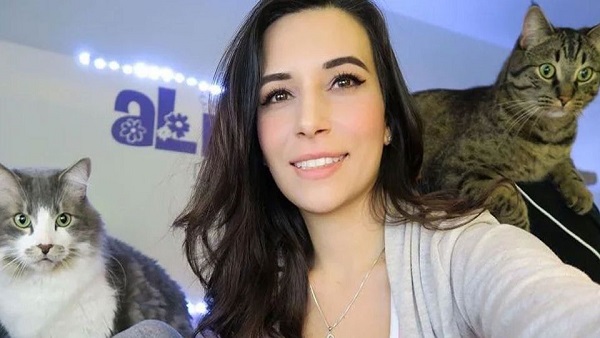 The biggest Youtuber, PewDiePie, has apparently deleted some of his videos in which he talked about Alinity. The decision seems to be a reaction to Alinity’s recent breakdown on Twitch. The controversial Twitch streamer is usually in the news for all the wrong reasons and her actions prompt many critical Youtube videos.

From nudity to animal abuse, Alinity has done things that sparked a ton of backlash. However, the backlash turns to harassment pretty quickly when no one seems to let things go. Alinity and her Twitch channel were attacked last month when Dr.Direspect received a permanent Twitch ban.

Within an hour of Doc’s Twitch ban, Alinity was trending on Twitter alongside Dr.Disrespect and Twitch.  Thousands of people asked why Dr. Direspect was banned for violating “ToS” while Alinity always gets away with everything? Meanwhile, many started to blame and harass Alinity over Doc’s ban. This, combined with the constant criticism over her past mistakes caused a break down during a recent stream.

After her breakdown, PewDiePie removed 3 videos with combined views of over 14M from his channel. Considering the tragic deaths of ohlana and reckful, two prominent Twitch streamers, it is absolutely the right decision to remove the videos.  Poor mental health and stress is a major issue among streamers and Esports personalities right now, leading to suicide.

Do you think Alinity should take a break from Twitch? Did PiewDiePie made the right call? Let us know what you think in the comments.