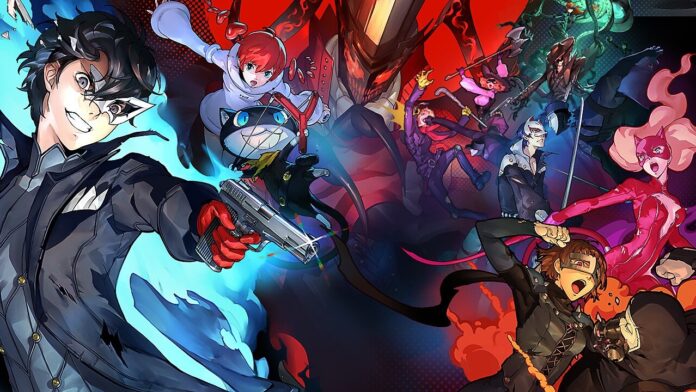 Persona 5 Strikers PC is facing errors and issues like the in-game crash, This game is not available on your current operating system error, stuck at infinite loading at launch, crash at startup, and more. Here I have compiled a list of errors and issues that PC players are experiencing with Persona 5 Strikers along with their fixes and workarounds.

Persona 5 Strikers is the latest entry in the popular franchise and fans are loving it. However, PC gamers are facing errors and issues with Persona 5 Strikers like the in-game crash, game not available on the current operating system, the game crashing at launch, audio stuttering, Low FPS, and more.

One reason for the game to crash is the use of third-party tools and software like MSI Afterburner, RGB software, or mouse and keyboard software. Disable any third-party you are using and also disable Steam overlay and Geforce Experience overlay for Nvidia GPUs.

Your CPU might be causing the game to crash. There isn’t much we can do about that but, there are a couple of tweaks that might help with the Persona 5 Strikers in-game crash. Open Nvidia Control Panel > Manage 3D Settings > Program Settings > select “Persona 5 Strikers” from the list. If the game isn’t on the list then add it. Set “Ultra” for Low Latency mode and select “off” for Tripple Buffering. This should help with the game’s crashing issue.

Some PC players are reporting that they are experiencing the following error and they are unable to play Persona 5 Strikers.

“This game is not available on your current operating system”

The fix for this Persona 5 Strikers error is simple. If you have installed Steam in the C driver then navigate to “C:/ProgramFiles(x86)/Steam/steam.exe”. If you have installed Steam in another folder then go there. Right-click “steam.exe” > properties > compatibility tab > uncheck the “Run This Program In compatibility mode for:” and hit apply. Launch Persona 5 Strikers and you won’t get the “his game is not available on your current operating system” error.

PC players are reporting that they are unable to play Persona 5 Strikers doesn’t launch as it gets stuck at loading screen at launch. There is a workaround to this issue, however, it’ll just skip every cutscene in the game. At least, it’ll get the game running. Go to “C:\Users\’yourusername’\AppData\Roaming\sega\steam\PS5”. Open the config file in Notepad and look for ‘Movie’. replace the 0 with 1 and save the changes. Launch Persona 5 Strikers and it won’t get stuck at the loading screen.

PC players are reporting that Persona 5 Strikers is crashing at launch or not starting at all. Here is how to fix it.

Lack of admin rights is another reason that could be causing Persona 5 Strikers to crash at launch. Right-click the game’s exe > Properties > Compatibility tab > check “Run this program as administrator” and hit apply. This should fix the crash at startup issue.

Your anti-virus/Windows Security might be blocking important game files and causing the crash at startup issue. Either disable real-time protection or exclude the game’s install folder from it. After that, verify game files and the issue will be fixed.

Performance issues are common among PC video games and Persona 5 Strikers is no exception as players are reporting low FPS and stuttering issues. Here is how to fix it.

First, make sure you have installed the latest GPU drivers and there is no background process using too much CPU, GPU, or HDD.

If you are playing Persona 5 Strikers on a laptop with a dedicated GPU then chances are, the game isn’t using it and instead, is running on the integrated GPU.

Apply these settings and players should see a noticeable improvement in FPS and the stuttering will also be fixed.

That is all for our Persona 5 Strikers fixes for errors and issues like an in-game crash, low FPS, stuttering, Game Not Available On Current Operating System, and more. If you are facing errors and issues with other PC games or your PC then also see our hub for commonly occurring PC errors and their fixes.