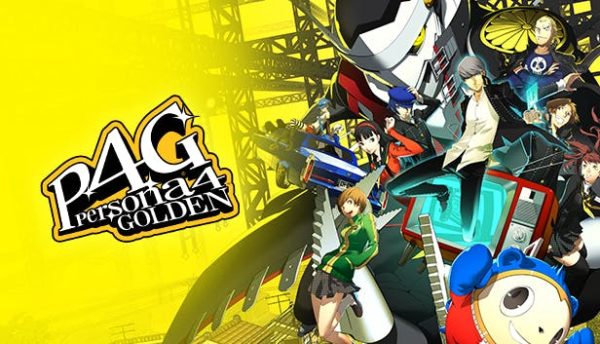 Persona 4 Golden PC is facing errors and issues like the crash at launch, Error 0xc000007b, Unable To Initialize Steam API, WMVCORE.dll is missing, and more. Here I have compiled a list of errors and issues with the game along with their fixes and workarounds.

Persona 4 has launched for PC as Persona 4 Golden. PC gamers were eager to get their hands on this remaster and they didn’t waste any time.

However, PC players are facing errors and issues like d3dcompiler_43.dll is missing, black screen, WMVCORE.dll missing, Error 0xc000007b, and more.

The following are the errors and issues that PC players are experiencing with Persona 4 Golden along with their fixes and workarounds.

A lot of Persona 4 Golden players are reporting that the game doesn’t launch or crashes as soon as it starts. Here are a few fixes to get the game running without a crash at launch. First, make sure you have 32-bit Visual C++ 2015 Redistributable installed as the game requires it.

Also, using MSI Afterburner or using the Rivatuner Statistics Server (RTSS) is causing the game to crash at startup. Disable any monitoring tool you are using, including the ones mentioned and the game will launch.

Make sure the game has admin rights as games often crash at launch for not having administrative rights. Right-click the game’s exe > properties > Compatibility tab > check “run this program as administrator”. Apply the changes and the issue should be fixed.

Another reason for Persona 4 Golden to crash at launch could be the anti-virus/Windows Defender blocking the exe. Either disable the anti-virus or exclude the game’s folder from it. Verify game files and the game will run without crashing at startup.

If you are playing the game on Windows 10, chances are the OS isn’t updated to the latest build. Update the OS and the game will stop crashing at startup.

Another possible reason for Persona 4 Golden to not launch could be that the game isn’t switching to the dedicated GPU and instead, is using integrated GPU. This only applies if you are playing on a system/laptop with a dedicated GPU.

In case you are using an AMD GPU, open Radeon Settings > Preferences > Additional Settings > Power > Switchable Graphics Application Settings. Select the game and select the “High-Performance profile” to the game under Graphics Settings.

Some players are reporting that they are facing the “Something Went Wrong” error at launch while trying to play on Windows 10 Bootcamp. While there isn’t a solid fix for it but, moving Persona 4 Golden to an external drive/storage might fix it for you.

This is another Persona 4 Golden error that PC players are facing. The fix for the error 0xc000007b is very simple. Navigate to “Steam\SteamApps\common\killingfloor2\_CommonRedist\vcredist” and install the C++ Redistributable there.

If this doesn’t fix the Error 0xc000007b, then you need to download and install the latest Visual C++ Redistributables. Install both x64 and x86 version. This will fix the error for good.

Players are reporting that they get the “Unable to initialize Steam API” error when they launch Persona 4 Golden. One reason for this error is that the player isn’t using a Windows account with admin rights. If the Windows account you are using has admin rights then, right-click the game’s exe > properties > Compatibility tab > check “run this program as administrator”.

If the issue still persists then there is a change that your Steam client isn’t up-to-date. Click “Steam” (top-left) > Check for Steam Clients updates. The client will update is there is any available and error will be fixed.

In case, both of the fixes fail to fix the error then the culprit might your anti-virus/Windows Defender. Either turn-off real-time protection or exclude Persona 4 Golden’s folder from it. Then verify game files and the “Unable To Initialize Steam” will be fixed.

A lot of Persona 4 Golden Players are reporting “MSCVP140.dll not found” or “VCRUNTIME140.dll is missing” errors as they try to launch the game. The fix for this is just installing/re-installing the Visual C++ Redistributables. Navigate to “Steam\SteamApps\common\killingfloor2\_CommonRedist\vcredist” and install both x64 and x86 versions of the Redistributables available there.

If this doesn’t fix the error then you need to download and install the latest Visual C++ Redistributables. This will fix the missing .dll file errors.

Persona 4 Golden PC players are reporting that they are getting the “D3dcompiler_43.dll is missing” error as they launch the game. Here are the fixes.

The first fix is simple, run a System File Checker or SFC scan. Open Command Prompt and run it as administrator. Type the following commands and press enter after each of them.

Let the scan complete and repair the missing or corrupted file. This will fix the error.

In case the above fixes didn’t work, then you can download the D3dcompiler_43.dll from the internet and place it in C:\Windows\System32 folder. However, I don’t recommend this method as it can potentially put your system at risk.

Some players are reporting the “wmvcore.dll is missing” error as they launch Persona 4 Golden. This error is related to the windows media player. To fix this, players need to download and install the media feature pack.

Some players are unable to download the game or update it as the Steam gives them the Disk Write Error. Here is how you can fix it.

If you are one of those PC players who are facing performance issues like low FPS, stuttering, or random FPS drops, here is how you can improve Persona 4’s performance.

Apply these changes, start the game, and disable in-game v.sync. This will fix the performance issues with the game. If the stuttering or low FPS issues continue to persist then follow the steps mentioned above but set Vertical sync to “Fast”. Again, the in-game v.sync should be disabled and display mode should be set at “Fullscreen”.

Those of you facing the black screen followed by a crash, you’re probably using the Rivatuner Statistics Server (RTSS) in the background. Disable it and the game won’t crash.

As for the players facing a black screen with audio, start the game and when the black screen appears, press “Alt + Enter”. The game will go into Windowed mode and will start to display.

That is all for our Persona 4 Golden fixes for errors like the game not launching, crash at startup, Error 0xc000007b, Unable To Initialize Steam, and more. If you are facing errors and issues with other PC games or your PC then also see our hub for commonly occurring PC errors and their fixes.