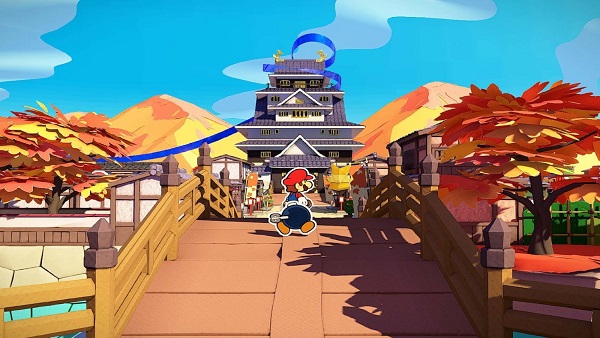 The game is pretty simple so you won’t have a hard time figuring out how to be the best at it. Mario has 5 Shuriken which he will shoot at a few moving targets. Not all targets are moving though as some will remain stationary. The goal of each round will be to reach a certain amount of score. Once you reach the required score for each round you will progress to the next. Hit the targets to raise your score for each level.

Completing levels will get you different rewards such as the Paper Macho Koopa Troopa, a collectible treasure in Paper Mario: Origami King. You can spare time from your exploration to earn rewards by playing the Shuriken Toss in Paper Mario.

Also check out Coin Farming, Confetti Farming, How to Escape the Castle, and Battle system guide.