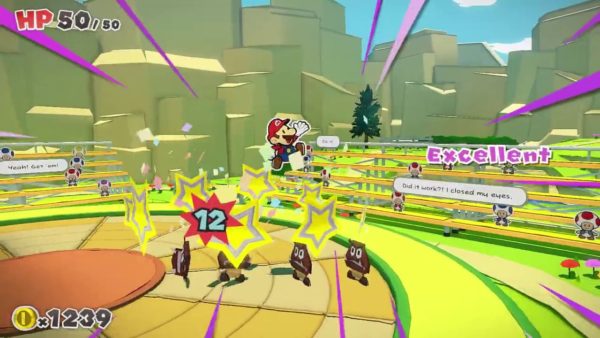 Paper Mario battle system is based around a ring, it a new take on the turn-based battle system. Mario is standing in the middle of a giant ring surrounded by enemies. The ring is how you win the battle in Paper Mario. You rotate and line up enemies and attack them using various types of attacks that you unlock along the way.

In each battle, your objective is to line-up enemies in the correct position and use the right attack. You can spin sections of the ring around back and forth. Moving the tiles moves the enemies around as well which allows you to line-up enemies for your attack. If you manage to line-up enemies correctly you can even get an attack power-up that gives you an advantage in battle. What you need to keep in mind is that there is a time limit to your attacks. If you wait too long you’ll lose your turn. Line-up the grids as quickly as possible. Also, you have a limited number of rings you can move so moving the correct grid makes all the difference.

Now that you have successfully lined up enemies you need to choose a weapon to attack. Choosing the right weapon depends on the position of the grid. If enemies are line-up in a row you should use the magic boot for jump kills. If enemies are spread wide, using the hammer would do wonders. Paper Mario: The Origami King also has special items you can use in combat. Special items you attack the enemy as well as offer special effects.

How to Fight Bosses 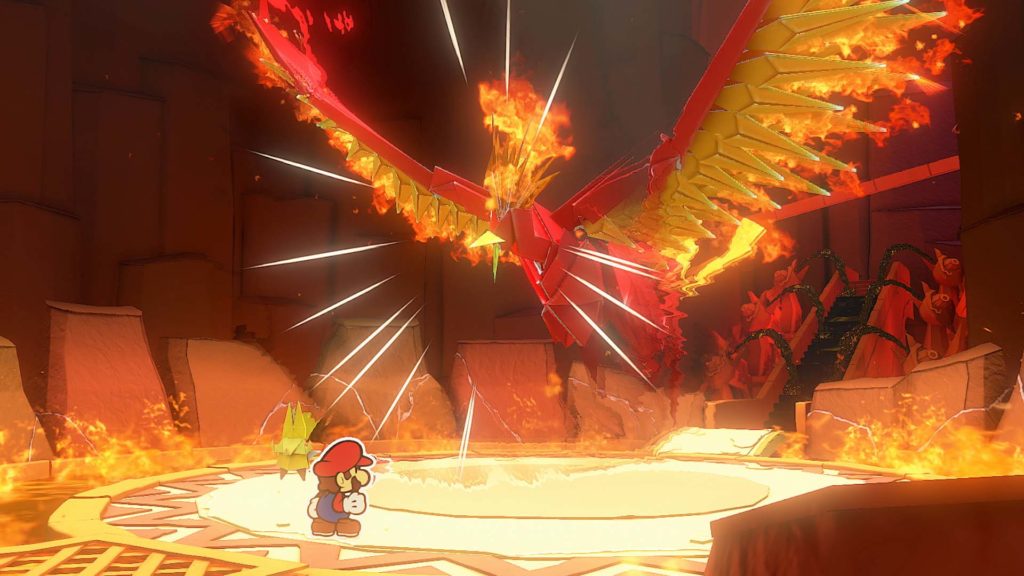 Boss battles in Paper Mario: The Origami King is different from regular battles. Mario doesn’t start inside the ring but instead is standing out the circle. You won’t move grids but instead, you’ll have to create paths to reach the boss and attack. You can carve paths to reach weak points and deal more damage and even get power-ups.