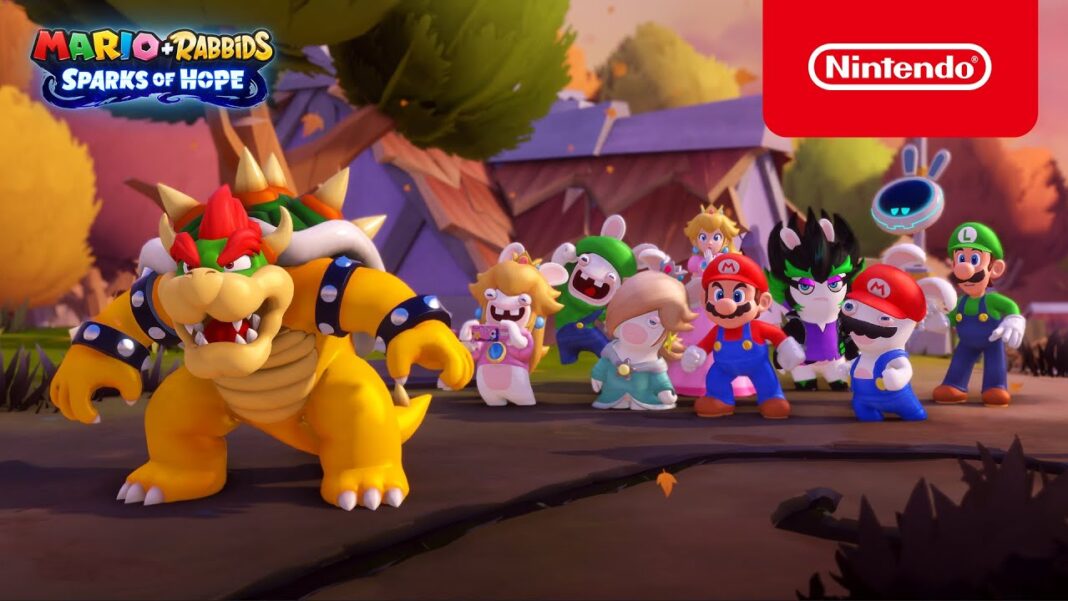 You must take down the Palette Prime Darkmess Root after reaching the third plant in Mario + Rabbids: Sparks of Hope. The giant root, known as the Darkmess, is causing all sorts of problems, and defeating it will not be easy. There are two phases for the boss fight but overall, the boss isn’t hard to beat.

Tips for Phase 1 and Phase 2

The battle will start in an elevator, but the Darkmess won’t be alone. There will be another creature helping it fight, which you’ll have to deal with. Don’t let the eyes of the Darkmess scare you – they’re pretty scary – but you need to destroy all three of them first. In other words, if you destroy their eyes, they’ll come back to life. The most effective combination is Rabbid Luigi and Rabbid Mario; Disruptor can teleport into multiple eyes. Meanwhile, Duke’s attack has a triangular range that–if used correctly–can target all three simultaneously.

You’re in trouble now, and the eyes are just the beginning. The next thing you need to do is take down nearby enemies. You might receive a huge amount of damage, so it’s precautionary to use armor and healing before proceeding to the second phase.

No matter what stage you’re in, the eyes must be destroyed. When you reach the bottom of the well, taproots will be waiting for you. The fight against Darkmess is in two phases so that it will destroy your eyes one last time. Once that’s done, move on to destroying three roots. Jumping pads are the best way to keep moving and team up for jumps. Lastly, deal with the existing roots and finally vanquish Darkmess!

That’s everything you need to know, but here are some more Mario + Rabbids guides you may find helpful: