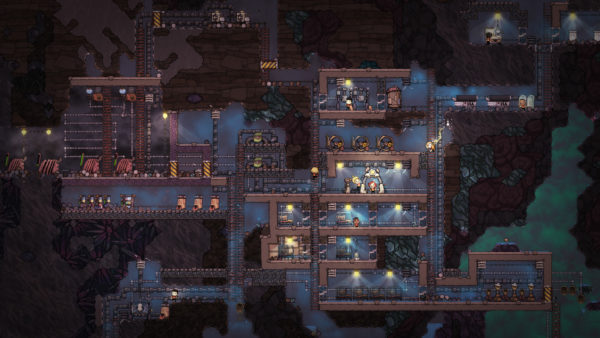 Oxygen Not Included has left the early access but that doesn’t mean the game has no issues. Oxygen Not Included on PC is facing issues like a crash on startup, black screen and more. Here are a few fixes and workarounds that will work for so that you can play the game without any problems.

Oxygen Not Included is a survival simulation game that requires a bit of dedication. Despite not being a demanding game, it is facing issues like crashes, green and purple lines on screen and more. The following are the errors and issues that players are experiencing along with their possible fixes and workarounds.

Oxygen Not Included might not be a demanding PC game but it has issues and some players are reporting that the game isn’t starting for them. This could be for a number of reasons and here a couple of fixes for Oxygen Not Included game won’t start issue.

1- Go to “Documents\Klei\OxygenNotIncluded\kplayerprefs.yaml” and delete the file. Now start the game it should boot up.

Some players can’t get past the logo in that pops when the game is booted. This isn’t a critical issue but a small inconvenience. The is stuck at the logo due timezone not being set in your PC. Just open date and time and set timezone and Oxygen Not included won’t stuck at the starting logo again.

If this doesn’t work for you then go to “Documents\Klei\OxygenNotIncluded\kplayerprefs.yaml” and delete the file there and the game will work.

PC games crashing isn’t a new thing and Oxygen Not Included is no exception. The reason for the game to crash with a Fatal Error could be due to your GPU.

Some are experiencing the black screen issue when they start the game but can hear the music and other audio from the game. The solution to this problem is very simple.

Start the game and when the black screen appears, press “Alt + Enter” and the game will go into Windowed Mode and the game will start to display. You just need to go into the video settings and set the proper resolution and you’ll be able to play the game in fullscreen mode.

Open Nvidia Control Panel> Change Desktop Resolution and select “Highest (32 Bit)” under Desktop Color Depth. Apply the setting and start the game and the green screen will no longer bother you.

Players are experiencing a number of audio issues with Oxygen Not Included which include no sound at all or missing audio. Here are a couple of fixes that will help you.

First up is the no sound issue. Chances are you are using a USB headset if you are getting no sound at all which other applications like Youtuber are working fine.

You can fix this by open Playback Devices and changing your default audio device to speakers or you can try muting and unmuting the game. This will resolve your no sound issue with the game.

As for missing audio, chances are Windows has set the wrong audio channel for your audio device by default. Fix this by opening Playback Devices and click on your active audio device once.

Now, click configure and select the right audio channel for your device. Test it and the audio will start working fine in Oxygen Not included.

That is all for our Oxygen Not Included errors with fixes and workarounds. I will keep updating with more fixes as I find them.