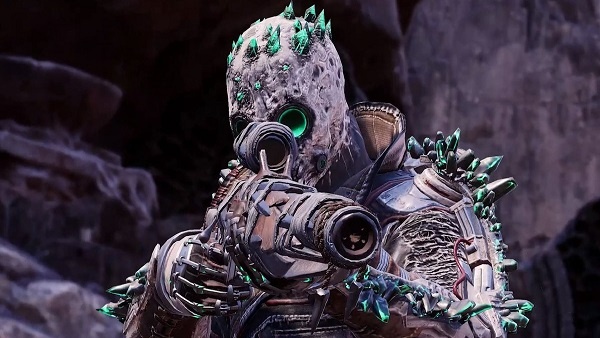 Technomancer in Outriders is a fairly versatile class in the sense that it can do a lot of things. As a support class, it excels in healing and providing support to teammates but can also be decent for bossing in the game. It can utilize a lot of gadgets in its arsenal and lay fire from a safe distance. In this Outriders guide, we’ve detailed the best Technomancer builds for all subclasses, recommended gear, mods, Skills, and Talents.

Thanks to its build diversity, there are a lot of ways to build Technomancer. In this guide, we’ve provided the best builds for all the Technomancer subclasses in Outriders.

Players who are just starting the game without a lot of legendary gear to boot will have a blast with this build. It can be made to work with simple blues or purples all the way to Challenge Tiers. It offers a lot of damage, CC, and general survivability.

The build essentially revolves around the Blighted Rounds skill which we’ll have running all the time. Cold Snap is going to be our free get-out-of-the-jail card as it will inflict freeze on everything around us. And lastly, the Fixing Wave is going to be our emergency heal.

When it comes to Talents, we’re going to get a lot of Critical Damage, Weapon Damage, and Armor Piercing. For some reason, Outriders has added LMGs to the Assault Rifle bracket in the Talents which is what we’ll take advantage of. With our Exposing Toxin talent, we’ll apply Vulnerability which is added +25% damage alongside Toxic to every enemy we hit. Not only this but Marked for Execution and Toxicologist will also increase our Vulnerability effectiveness and Toxic duration. On top of that, Blighted Rounds and Death Chains will make sure that we’re also spreading Toxic onto all nearby enemies.

Our weapon of choice is any LMG out there because of the Trick Up the Sleeve mod. This mod continues to add 30% extra bullets in the game as long as the Blighted Rounds skill remains active which isn’t hard to do since it only goes away if we stow or reload our weapon. As it can be seen, Trick Up the Sleeve and Blighted Rounds synergize really well. However, one important thing to note here is that the 30% extra bullets need to be depleted before Trick Up the Sleeve is activated again – it doesn’t overlap. Also, we need to remember that this won’t work on bosses since we won’t be killing anything which is why we’ve got Spare Mag so that we’re able to get another magazine of Blighted Rounds which should be enough to weaken a boss. After that, all we need to do is to wait for our cooldown and we should be good to go again.

Since there are a lot of status ailments in the game, the Cold Purification mod ensures that we’re never frozen, ignited, etc. whenever we use our Cold Snap skill on top of a 5-second immunity. This thing is borderline broken. Another thing that we lack is resistances which Mr. Fixit mod somehow fixes. This mod provides 100% Armor and 30% bonus resistances for 5 seconds whenever we use our Fixing Wave skill which, by the way, doesn’t have range drop-off.

Lastly, when it comes to bosses, we’ll try to switch our Cold Snap to something from Ordinance since we’ll get 30% increased damage for 10 seconds with Cannonade. Below is a link to the build planner and all the recommended gear, weapons, and mods.

Our signature mod is No Pain, No Gain that grants us 40% of the damage dealt by the Blighted Rounds into healing which is divided equally among all our teammates. On top of all that, we also want to have the Breath In mod which reduces the cooldown of the Fixing Wave skill which is another healing skill that we’ve got.

On top of our Large Nodes, we’ll want to have as much HP, Armor, and Cooldown Reduction from the Talents as we can get. Exposing Toxin should allow us to inflict Vulnerability alongside Toxin (via Blighted Rounds) which is another massive damage bonus. This synergizes incredibly well with Marked for Execution that further increases the effectiveness of our Vulnerability. While the Blighted Rounds is on cooldown, another way to inflict Vulnerability is via Exposing Frost which we’ll get from Cryo Turret or Cold Snap. Our smaller nodes also allow us to increase our freeze duration as well as damage against frozen targets.

Lastly, the Doctor of Medicine and Medical Unit further boost our healing capabilities by a whole lot. Overclocked is the free out-of-jail card that revives us with 50% HP whenever we reach zero HP which can be huge. Our rotation should be placing a Cryo Turret to proc Vulnerable and Freeze. Once that ends, we open up with Blighted Rounds for additional Vulnerable and some added heals. And finally, place another Cyro Turret.

Below is a link to the build planner and all the recommended gear, weapons, and mods.

The entire build revolves around stacking up Anomaly Fueled and Ordinance Technician in order to increase our damage output with Rocket Launchers, Missile Launchers, and ensuring that they’ve very low cooldown. In addition to this, we’re also increasing our Toxic duration and damage which we proc with Blighted Turret.

As for our mods, everything is set up to increase the effectiveness of Rocket Launchers and ensuring that we deal a whole lot of explosion damage with maximum uptime. This should ensure that we’re also debuffing the bosses and our single-target damage is through the roof. All in all, the build is pretty straightforward easy to use. Below is a link to the build planner and all the recommended gear, weapons, and mods.

That’s all we’ve got in our Outriders Technomancer builds guide. Feel free to check out our detailed Outriders wiki guides for more help on the game.