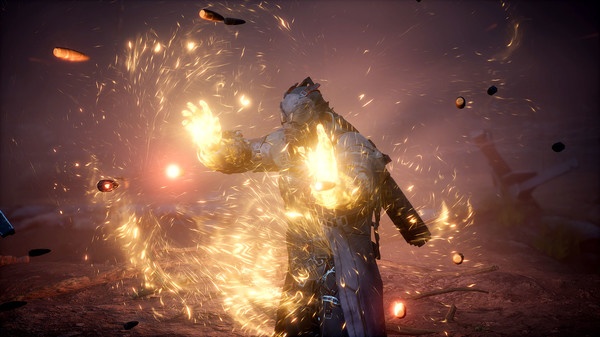 There are a ton of mods in Outriders for character classes, weapons, and armor. Mods are passive skills used in crafting and often times allow you to alter how your abilities work. Some mods are class-specific while others can be globally used for different classes and weapons. Meanwhile, Armor mods are strictly class-specific. In this guide, we will go through the Pyromancer Mods in Outriders.

Mods have three tiers and you can disassemble an item with a particular mod to unlock it. The following are all Pyromancer Mods available in the game.

The best Pyromancer mods depend on the type of build you are trying to make. For example, if you are going with the Fire Witch build, you should use ETNA, Feed the Flames, and Pompeii. If you’re working on well-rounded Pyromancer builds, the best mods for you are Pure Power, Ride the Wave, Third Degree, and Faser Beam. In any case, the best Pyromancer mods are subjective to your playstyle.

And that’s all there is to know about Pyromancer mods in Outriders. Need more help? See Technomancer builds, side quests, how to earn class points, how to interrupt attacks and skills, how to dismantle.