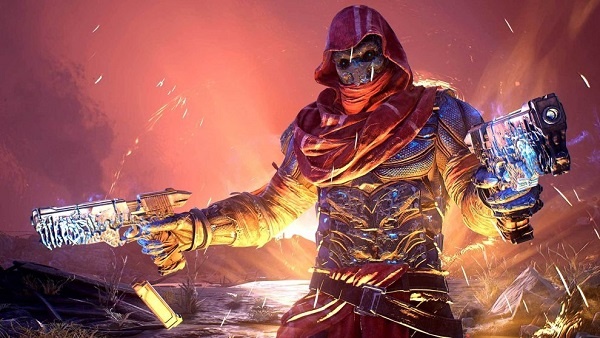 Outriders have a number of side quests, one of them called Forgotten Chapel. This quest isn’t tied to the main story and it is not necessary to complete it, but if you want some decent rewards out of a mission, you should complete this quest. This guide will help you find and complete Forgotten Chapel in Outriders.

This quest is available as soon as you have completed the Canyon of the Grand Obelisk region, which isn’t difficult to reach and complete too. You will have to find this quest if you want to complete it. Forgotten Chapel is the only secret side quest in Outriders, and it could be found in the Obelisk region in the Canyon of the Grand. This quest is easy to miss as it doesn’t prominently appear on your HUD.

This whole side quest takes place in the Obelisk region in the Canyon of the Grand, which means this secret side quest actually appears near the completion of the game. To complete this quest, players will need to activate three pillars in a different location in the Obelisk region. This is a detailed walkthrough on how you will find all towers and activate them in order to complete this quest:

You will find the first pillar to the left of the cave where you and your allies have set up a camp. You will a walkway right after you leave the cave and look towards the left. You will have to go on the walkway rather than the stairs. Follow the path to the end, and you will see a glowing blue pillar at the end. Interact with if when in the vicinity and this is the first tower activated.

Now, to find the second pillar you will have to go back from the location of the first pillar and go up the stairs now, which we ignored for the first one. You will encounter some enemies there, kill them and go through the gate in front of you. You will see stairs going up and then taking a right. You will then enter a ceremonial room; the second pillar will be prominent right in the middle of this room. You can also loo the crate in the far back of the room.

The third pillar will be in the Canyon of the Grand at the end of your time. You will need to go straight unless you are in the Obelisk region. You will see stairs going up, follow them and you will find the entrance of another area from where you will go further upwards and will spot the third pillar in the front of a statue, activate and your secret side quest is completed.

Now, to claim your prize you will have to go back to the cliffside of the map and will spot a huge gateway. You will be prompted to interact with the pillar in front of this gate. As soon as you pass the gate, the side quest is completed.