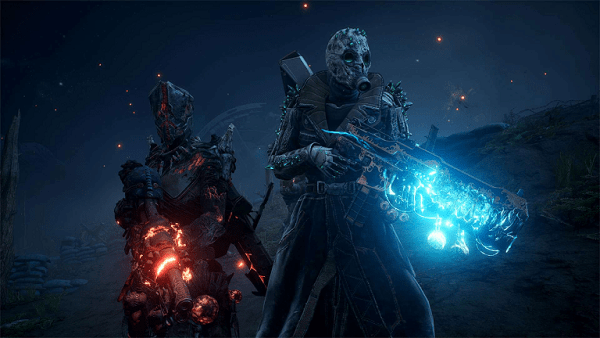 Soon after completing the campaign, we can head over to Outriders’ Camp in order to gain access to Expeditions, the game’s endgame activity. There’s a lot to understand when it comes to Expeditions which is where this guide comes in. In this Outriders guide, we’ve detailed everything there’s to know about Expeditions, their mechanics, Challenge Tiers, and more.

Expeditions are Outriders’ endgame activities, similar to raids from Destiny but only supporting four players and without any intricate mechanics that Bungie is known for. It’s probably more appropriate to compare them to NFs and Incursions.

In order to unlock Expeditions, we need to complete the main campaign followed by a brief tutorial after which we’ll arrive at a new location called the Outrider’s Camp. In the Outrider’s Camp, interact with the terminal that reads “Expedition” to get started.

There are fourteen Expeditions in total, out of which 3 are rotated daily. This is done to keep things fresh and something to look out for. Also, only thirteen Expeditions are available from the start. The last one named “Eye of the Storm” needs to be unlocked first – more on it later. There are a lot of things to discuss when it comes to Expeditions. Let’s talk about these first:

The difficulty of Expeditions isn’t dictated by World Tiers but rather by another mechanic called Challenge Tiers. There are fifteen Challenge Tiers in total and progressing through them is fairly simple. In order to progress through Challenge Tiers, we need to complete an Expedition within the time limit.

Depending on how fast we’re able to complete an Expedition, we unlock one out of four reward tiers. These are Nothing, Bronze, Silver, and Gold. We must at least earn a Bronze-tier reward to progress the Challenge Tier by +1 and Silver/Gold for +2 tiers. Not being able to finish under Bronze won’t progress the Challenge Tier at all. This is important!

As mentioned earlier, World Tiers have got nothing to with Expeditions. We can be playing on World Tier 1 and it won’t matter in Expeditions. Challenge Tiers, however, directly impact the difficulty. For instance, Challenge Tier 10 means that we’ll be -10 levels under enemies in an Expedition. But then again, it all boils down to things like Legendries, Builds, mechanics, etc.

While other looter-shooters like Destiny 2 and The Division have endgame activities that feature mechanics, this isn’t the case with Outriders. Expeditions require us to mow down through waves of enemies, mini-bosses, bosses at the end within an allotted time limit. We can increase our chances at better loot, more Drop Pod Resources, and climbing through Challenge Tiers by earning Gold-tier rewards.

However, this isn’t easy to do since it requires min-maxed builds, a lot of decent Legendries, and a deep understanding of the game’s basic mechanics. Personally, I believe that Expeditions in Outriders are a DPS check more than anything else.

How to Unlock Eye of the Storm

As mentioned earlier, Eye of the Storm isn’t available from the start. It needs to be unlocked first. In order to unlock Eye of the Storm in Outriders, we need to reach Challenge Tier 15 and accumulate 40K Drop Pod Resources. These are resources that can only drop from Expeditions that can be traded with vendors for gear or saved to unlock the final Expedition in the game.

That’s all we’ve got in our Outriders Expeditions guide. For more help on the game, feel free to check out our detailed Outriders wiki guides.