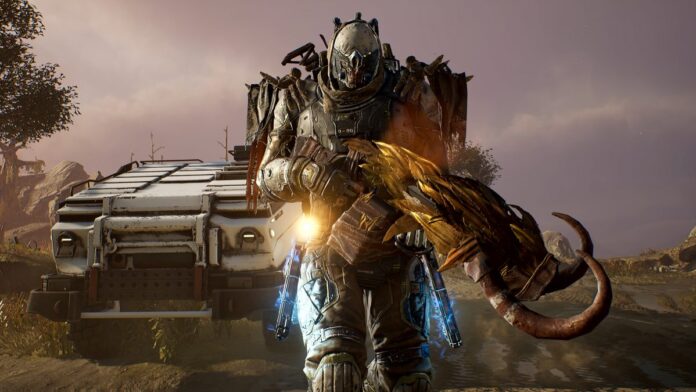 Outriders is a looter shooter that allows players to customize their characters to better suit their play style. There are four classes in the game and each class can be customized to a number of builds. In this Outriders guide, we will help players with the Blood Dragon Build for the Devastator class which will bleed enemies to death and heal players in the process.

This Blood Dragon Build in Outriders focuses on increasing Bleed Damage to kill enemies as quickly as possible. Not only players will inflict increased Bleed Damage but with this particular build, they’ll also heal themselves for the Bleed Damage too.

Furthermore, to reduce the skill cooldowns, this Outriders build uses Endless Tremors class nodes. The following are the skills and the Class Nodes players need for the Blood Dragon Build For Devastator class.

Choosing the right skills can make or break a build. The following are the skills that players need for the Blood Dragon Build.

Gravity Leap
Using this skill will allow players to leap into the air and attack enemies from above dealing damage and interrupting enemies in a small radius.

Gravity Leap is a very useful skill to close distance and deal significant area-of-effect damage. With the right mods, players can kill a sniper with a single-use and heal themselves in the process.

Impale
This skill allows players to interrupt, inflict Bleed, and deal damage on the target enemy. If the damage is lethal, the enemy will be impaled and players will receive a powerful bonus to Armor and Health regeneration to all allies for 9 seconds.

Impale is very useful to interrupt Boss attacks along with dealing significant damage. With the Impaler mod, players can use this skill two times before the cooldown starts.

Another skill that deals area-of-effect damage and also drains health from the enemies. Also, this skill is useful to clear the area if players are overwhelmed.

Now that players know which Class Nodes and skills they need for the Blood Dragon build, the following are the stats that players will receive with it.