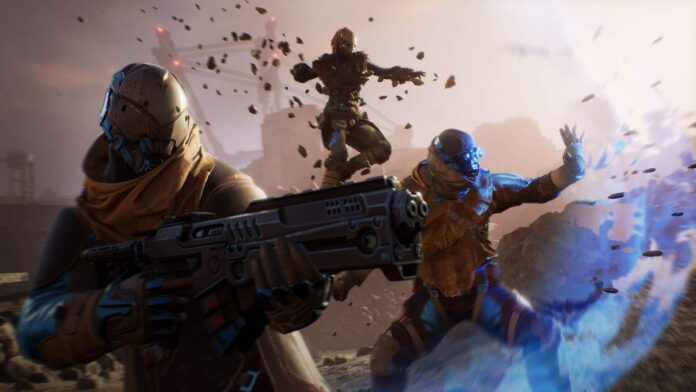 Outriders offers a lot of options to the players that they can make a character that best fits their play style. However, to get the best build, players first need to know which Class Nodes or talents and skills are required. In this Outriders guide, we will help players with the Healing Build for the Technomancer class.

This Outriders healing build maximizes the use of gadget skills and talents that will primarily boost health and healing. Some of the talents or Class nodes will also provide a damage boost making it a perfect Support build for Technomancer class. The following are the best skills and Class Nodes that players need to complete their Healing Build.

With the right skills, the Healing Build for Technomancer class won’t work as intended. The following are the skills best suited for this support build.

Cryo Turret
Using this skill will let players place a turret that deals damage and inflicts freeze. The turret’s health will deteriorate over time and also when it takes damage.

The turret can be a good distraction as it not only deals damage but, enemies will make it their priority to destroy it.

Fixing Wave
Using this skill will allow players to release their energy and restore health of players and turrets, regardless of distance.

This skill comes in very handy when players are overwhelmed and in need of a health boost. Using this skill, players will not only heal themselves but also, players and turrets. Fixing Wave skill can work really well with Cryo Turret as it’ll boost the Turret’s health and keep the enemies distracted.

Cold Snap
Using this skill drops a gadget that inflicts freeze in all enemies within a large radius.

This skill allows players to immobilize enemies so that they can regroup and move to a better position.

Class Nodes or talents are passive skills that grant bonuses to players in combat and gameplay. For this Outriders Healing Build, most of the skills will grant bonuses to health and healing. Follow this link to see the visual representation of the best Class Nodes that players need this build. This build relies heavily on the Anomalous Body and Vitality Magnet. The following are the major talents that players will have to unlock.

Now that players know which skills and Class talents they need for the Healing build, let’s take a look at the stats that players will be rocking in
combat.