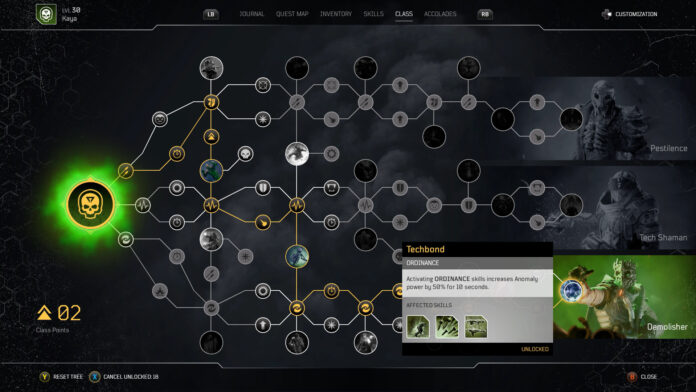 Mods are passive skills you can use in Outriders for crafting and customizing weapons and armor. They also allow you to alter your abilities. Some mods are class-specific while others can be used globally. However, armor mods are strictly class-specific in the game. In this guide, I will explain everything you need to know about armor mods.

There are close to 20 armor mods in Outriders. Here are the details you should know about armor mods to create your perfect builds:

The best armor mods depend on the type of build you want. For example, the Fire Witch Pyromancer build and various Technomancer builds use different armor mods. However, for a generally well-rounded build the best Outriders Armor mods are What Goes Around, Martial Arts, Sharp Eye, Stare Into the Barrel, and Personal Space.

And that’s everything you need to know about Armor mods in Outriders. Need more help? See best Devastator builds, Pyromancer mods, side quests, how to change appearance, how to earn class points.