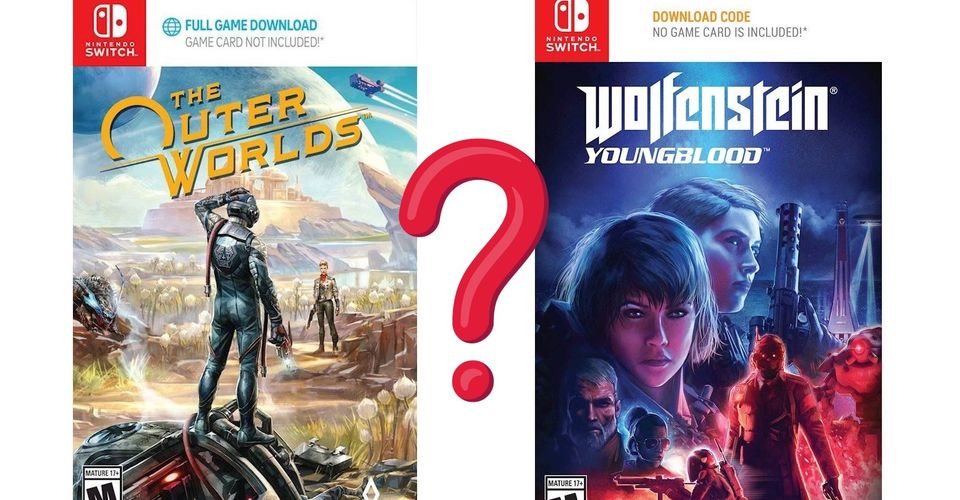 This is not the first time that something similar has happened. The Switch “physical” editions of Overwatch and Wolfenstein: Youngblood do not come with cards inside either. This means that you have to download the entire games if you are interested in playing them. This defeats the purpose of buying physical versions for many people around the globe.

In different parts of the world, gamers do not have access to high-speed internet and games can be pretty big to download. Large games take time to download and in some parts of the world, the only way to counter this issue is to buy the physical version of the game. That way most of the game can be played via the disk or in the case of the Nintendo Switch, the game card.

That is not going to be the case for the physical version of The Outer Worlds for the Nintendo Switch as the packaging clearly mentions “Full Game Download, Game Card Not Included”. It is safe to say that many players that were looking to play The Outer Worlds on the Nintendo Switch at launch will not be able to do so and that is a massive bummer.

Basically, what you are paying for is a box. Which seems like a massive waste of plastic. Plastic is becoming a major concern in 2020 and such waste is not going to go well with the general population. Not to mention that people that buy the game are going to download it entirely.

Let us know what you think about The Outer Worlds Switch physical version not including the actual game.