Home Articles Ori and the Will of the Wisps is 9 Days Away, Here’s... 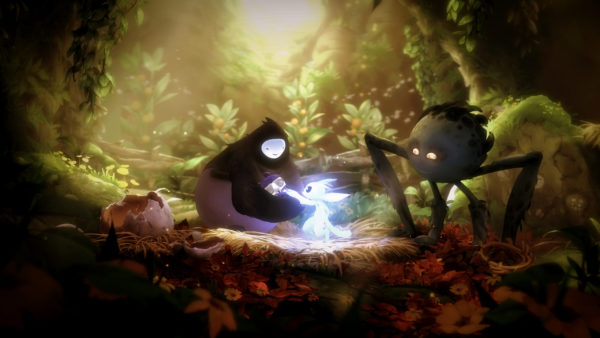 Pain, anguish, and triumph despite all odds are at the heart of Ori’s story. Moon Studios, the creator of this amazing Xbox and PC exclusive, aim hit all of your heartstrings. The story is strong but its combat system isn’t just an afterthought. Developers have removed the linear skill tree from the first game in favor of what they call the “Spirit Shard” system. The Skill Shard system allows the player to adjust and change skills on the fly. You can pick and choose between additional damage and defense, or add the ability to stick to walls. You can have three active skills at a time. So the player will be juggling skills on the go depending on what’s required at the time. Developers “took more of a Zelda influence, in terms of combat and even character progression.” Moon Studios want to make the combat system as fluid as possible.

While it may seem like it, the first game was set in a HUGE woodland known as The Forest of Nibel. Now, the sequel takes the player out of the forest and into the wider world of Ori. Since this is a big-budget sequel we can expect such aspects. According to Moon Studios, the world of Ori and Will of the Wisps is 3 times the size of Ori and the Blind Forest. Developers are also introducing battle arenas through Spirit Trials and Spirit Shrines.

In case you haven’t heard already, Ori and the Will of the Wisps is available to Game Pass members at launch on March 11, 2020. You can simply buy the Game Pass and access the full game on PC and Xbox One on release.

Will Ori and the Will of the Wisps Release on PS4?

No, Ori and the Will of the Wisps won’t be releasing on PS4. The title will remain exclusive to Xbox One and PC for the foreseeable future. You can pre-order a copy for Xbox One. The game has a Collector’s Edition as well.