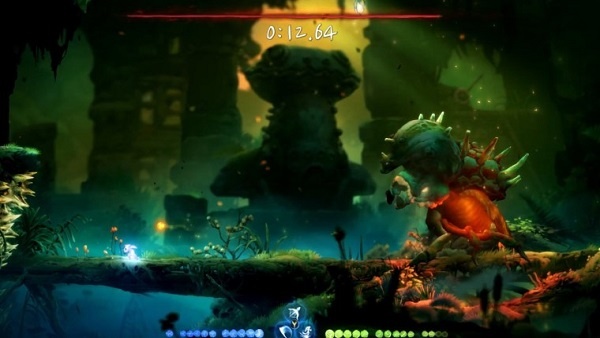 In this guide, we’ll go over everything you need to know about beating the Horn Beetle boss in Ori and the Will of the Wisps. Horn Beetle is the first major boss you’ll have to beat in the game to progress through the game.

Ori and the Will of the Wisps Horn Beetle

You’ll encounter Horn Beetle in Kwolok’s Hollow region of the game. It’s a rather simple boss fight that you should be able to breeze through if you manage to time your dodges and dashes well enough.

If you see the boss leap into the air, know that it will always perform a triple jump before falling down. While it’s in the air, try to dash underneath it and get near the boss’ backside. From there, try to sneak in a couple of attacks.

You should never try to greed for more attacks as the boss will perform a spin attack that can catch you off guard.

Horn Beetle also has a slam attack which it performs after leaping into the air – not triple jump. You’ll need to time your double jump to avoid the tremor and the shock wave that the boss creates on the ground.

For the last attack, Horn Beetle will charge at Ori which you should easily be able to dodge by running to the other side. After each attack, the boss will expose its back which you need to attack to deal damage and finish it off.