Home Tweaks and fixes Ori And The Will Of The Wisps Audio Stutter Fix, Black Screen,... 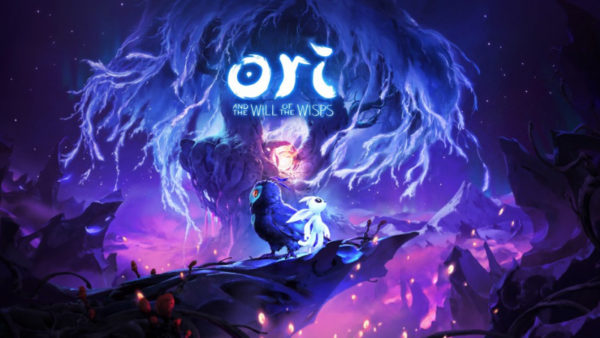 Ori And The Will Of The Wisps is facing errors and issues like audio stuttering, low FPS, crash at launch, black screen and more. Here I have compiled a list of errors and issues with the game along with their fixes and workarounds.

Will Of The Wisps Stuttering, Crash, And Fixes

Performance is a common issue with PC games and Ori And The Will Of The Wisps is apparently no exception. Here are a few things that’ll help you fix stuttering and Low FPS.

First, make sure you have installed the latest GPU drivers. Open Task Manager and make sure that no background process is using too much of your HDD, CPU, or GPU. Terminate the process if it is.

To improve the game’s FPS you need to play it in Fullscreen mode. Unfortunately, Will Of The Wisps doesn’t have an in-game option for Fullscreen display mode. This has to be done by making a small change in the registry. Here is how to enable Fullscreen.

Type “regedit” in the search bar and open Registry Editor. Navigate to Computer\HKEY_CURRENT_USER\Software\Moon Studios\OriAndTheWilloftheWisps and set Screenmanager Fullscreen mode_h3630240806 to 0. This will fix the low FPS and possibly stuttering.

If you are playing Ori And The Will Of The Wisps on an Nvidia GPU then open Nvidia Control Panel > Manage 3D Settings > Program Settings. Select the game from the drop-down menu, scroll through the options and make the following changes.

Start the game and disable in-game V.sync. This will fix the stuttering issue with the game. But, if you are still facing stuttering issues set vertical Syn to “Fast” in Nvidia Control Panel.

Start the game and the display should be set at Fullscreen. Fast sync kind of mimics G.sync or Free sync technology as it allows the GPU to render as many frames as it can without any screen tearing. However, it’ll only display as much FPS as supported by your display.

Meaning if you have a 60 Hz monitor and the GPU is rendering it at 70 FPS. Then it’ll only display 60 FPS while discarding the rest. While it seems like a waste but it’ll fi stuttering and low FPS issue if you have a moderate enough GPU and CPU.

Black Screen is a common issue with PC games but it isn’t a critical issue most of the time. To fix this, start the game and when the black screen appears, press “Alt + Enter”. Ori And The Will Of The Wisps will go into Windowed mode and will start to display. Go to video settings, change the resolution and you’ll be able to play in fullscreen.

Using outdated GPU drivers can also cause the black screen issue. Just update your GPU drivers and the issue will be resolved.

Players are reporting audio issues with Ori And The Will Of The Wisps like no audio or audio clipping. Here are the fixes for both of these audio issues.

The fix for the no audio issue with Will Of The Wisps is simple. Open Setting > System > Sound. Click on “Sound Control Panel” located to the right. Select your active sound device and click on Properties.

Under the Spatial Sound tab if Windows Sonic Headphones is selected then select Off and apply the change. Start the game and the audio will be working fine.

If you are using a Sound Blaster sound card then follow the steps mentioned above and uncheck “Disable Sound Blaster enhancements” under the Enhancements tab. This will resolve the no audio issue for you.

Another reason for the no sound issue with the game is the use of the onboard audio chip or external sound card. Just switch your audio to HDMI of the GPU rendering the game. To do that open Settings > System > Sound > click on “Sound Control Panel” located to the right. Select the HDMI output device and set it as default. Obviously, you need to plug-in your headphone or speakers in your’s monitor’s 3.5mm jack to get the audio.

Sometimes in-game vertical sync can cause audio issues. Open Nvidia Control Panel > Manage 3D Settings > Program Settings. Select the game from the drop-down menu. In the options below set Vertical sync to “On”. Start the game and disable in-game v.sync. This will resolve the audio stuttering in Ori And The Will Of The Wisps.

Players are reporting that the game crashes at launch or doesn’t launch at all. There are a few reasons behind the crash at launch issue with Will Of The Wisps and here are the fixes.

Lack of administrative can cause the game to crash at launch or not start at all. Right-click on the game’s exe > Properties > Compatibility Tab > check “Run this program as administrator”. Apply the change, start the game and it should be working fine.

How To Enable DSR, DSR Fix

For those who don’t know, DSR is Dynamic Super Resolution. This technique allows you to render video games at a higher resolution than your display and then downscales it. This significantly improves image quality and anti-aliasing quality.

Type “REGEDIT” in the search bar and open Registry Editor. Navigate to Computer\HKEY_CURRENT_USER\Software\Moon Studios\OriAndTheWilloftheWisps. Set Screenmanager Resolution Use Native_h1405027254 to 0.

Then disable fullscreen optimization, start the game and it’ll be running at native 4K.

That is all for our Ori And The Will Of The Wisps fixes for errors and issues like audio stuttering, black screen, crash at launch and more. If you are facing other issues your PC then also see our hub for commonly occurring PC errors and their fixes.